It has been a sad year in many ways. A year of death, disease and loss for me and many others. I have also worked hard on my four careers – social media, research, teaching and family life! 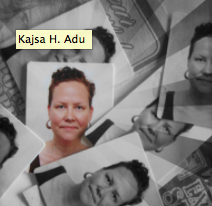 Sad moments
The year started on a sad note for me, my blog had gone missing. I learned to do more regular backups.

End of the Word?

Then people died. People that were amazing, successful and well-known or I just knew well. Komla Dumor died in January, Shirley Temple (who had a surprising link to Ghana I found out) in February, in April my favourite author Gabriel Garcia Marquez, in August Emmanuel Okyere, in November my dear Godmother who had been sick for some time passed away. In December, I lost fellow obruni blogger Mad in Ghana. Ebola hit some countries in West Africa but affected us all.
I Did Not Know Komla
Shirley Temple: Actress and Ambassador in Ghana
My Uncle Gabriel Garcia Marquez is Dead
Remembering Emmanuel Yaw Amofa Okyere
Effects of Ebola in West Africa and Ghana

Blog scoops
Getting to debate on Twitter with a sitting minister of state was amazing, although I was smashed pretty hard over the head by Hanna Tetteh, Ghana’s minister of Foreign Affairs in a debate about the tourism policy. Another citizen journalism highlight was when I broke the news on the hole in the Accra-Tema motorway on my blog.
What is Ghana’s Tourism Policy?
Road Tolls and Accountability: The Hole(!) in the Accra-Tema Motorway

Plenty Politics
Current debates in Ghana covered on my blog included if a government university should be allowed to charge a toll to enter its campus, the State of the Nation address, race, women in electoral politics, inflation, the world cup, power problems and corruption. Many times we laughed and cried at the same time at our issues…
University of Ghana Road Toll
Did President Mahama Go Too Far? State of the Nation 2014 #SOTNGhana
Race, White Privilege and My Daughter
Women and Electoral Politics: A Ghana Connect Debate based on Afrobarometer Data
Inflation: the word on Sarkodie’s lips ( and everybody else’s)
World Cup Discussions in Social Media in Ghana: Black Stars and Mahama
Power Problems now affecting Industry in Ghana
Corruption in Ghana: What to do? (Occupy Ghana)
YesiYesi, Falling Cedi and Laughter: Ghanaians and their Political Humor

I worked hard!
My work was covered on my blog as well. For instance, my writing process and a one month stay at the Nordic Africa institute, teaching social theory at Ashesi University College. I wrote an article about Nigerian political protests and tweeted in English from Almedalen in Sweden. I also attended a conference, seminars and a workshop.
My Writing Process
One Month At the Nordic Africa Institute in Uppsala, Sweden
Teaching Social Theory
Nigeria’s Non-Violent Protest Movements Deserve More Attention!
Almedalen 2014 : Tweeting In English
Nordic Africa Days 2014: My Report
Institute of African Studies at University of Ghana – Now on YouTube!
Addis Ababa – Academic Migrations Workshop Dec 2014

Personal
I also branched out into Instagram and Pinterest and had the most active year ever on Twitter.
But most importantly, I became the mother of another girl!
Outdooring of a Mother of Two