Race, White Privilege and My Daughter 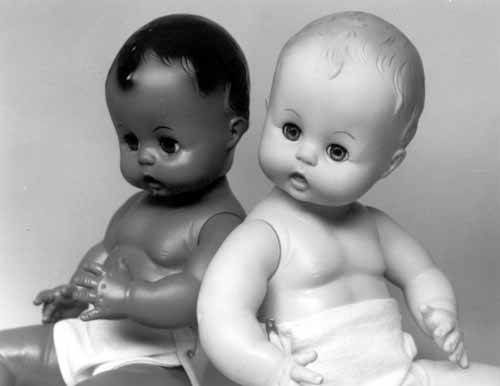 “Mommy is yellow. I not yellow!”

My daughter is not even three, but rubs at my arm and then glances over at her own. It has only been days since I watched the Swedish documentary “Raskortet” about race and racism in Sweden today. I know I shouldn’t be shocked, but I am. Shocked that brown-skinned people have to endure abuse, both physical and psychological in my native country.

In a row of interviews, black – as they call themselves – Swedes share how they got used to be called ugly, have strategies for sudden violence when they are out in town  and in a clip three of them simultaneously recalls getting racist comments from a boss and getting pressured into laughing it off. Horrid. The documentary is framed by the Clarks’ Doll experiment that shows children given a choice between a brown and a white doll – and most choosing the “more beautiful” white doll.

I am a Swede who did not think about race much growing up, however due to my life choices (marrying a Ghanaian black man, living in Ghana as a favoured minority, teaching young African students politics,  yes, including colonialism, being an Africanist at an African university and re-discovering that I am white) I now get the issue “in my face” every day.

I remember the first time I was told about “white privilege”, this invisible favor I did not ask for but that separates my life from lives of those of color.  I have access to many spaces, no questions asked; I am assumed in Ghana to on account on my skin colour be truthful and kind; I can afford luxuries like a research degree and pedicure that most of my fellow Ghanaian women cannot. I have no answers, race still makes me uncomfortable. I have no answers, despite being aware, I enjoy my white privileges. I have no answers, but I have learned to not be afraid of talking about race.

She is not yet three years old and her skin is the most beautiful shade of golden brown. Today she has realised my skin has a different hue and that is true. However, it hurts that others might think less of her just because of that, or even worse, that she will internalize that feeling and think less of herself.

Photo borrowed from Children and the Civil Rights.

A Day at the Car Shop