We Will Always Have Paris

After a work meeting in the beginning of January, I got to spend a few days in Paris. I shared my experience on Instagram, but typing on my phone in the chilly winds of Paris, I might have left out some details. 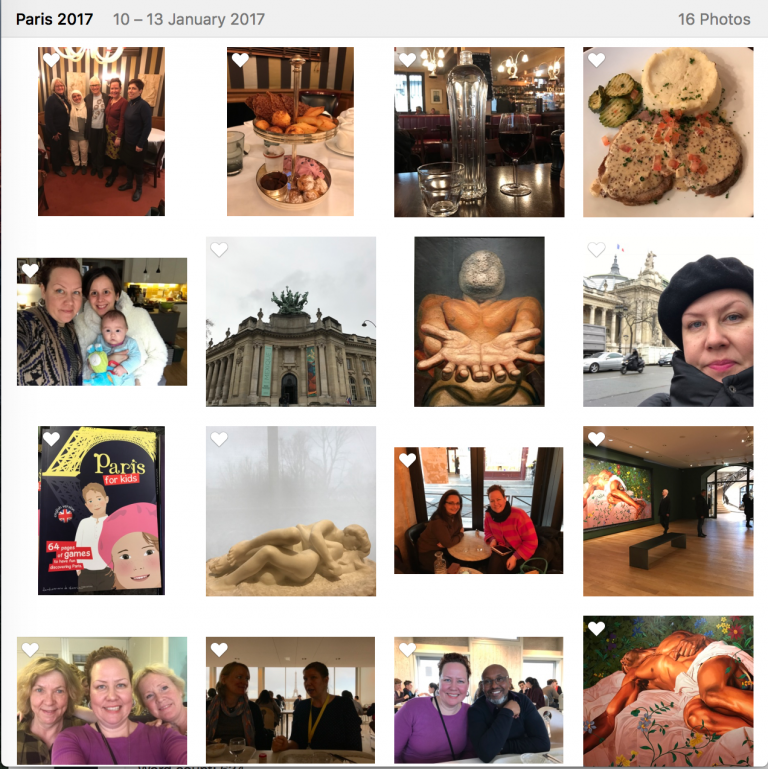 Here are my Paris takeaways:

Paris, the city of AMOUR

Even when it rains sideways, this is such a romantic city. The warm lights from the vintage streetlights, the cafes with lovers everywhere, and the sound of the inexplicably romantic French Oui, Oui, mon cheri! Over 10 years ago, when I first started blogging (my first blog post was the complete lyrics of an Edith Piaf chanson) I lived in Paris for 5 months. I did not have any exciting French affairs, but as the city slowly melted (I was there Feb-May) and trees started to blossom, strolling passed La Tour Eiffel, Odeon, Pont Neuf, I was convinced – Paris is the city of romance and amour.

Paris, the city of ART

I saw an art exhibit at the Grand Palais where I do not think I ever went before. The magnificent neoclassical styled building hosted the Expo Mexique (hashtag #ExpoMexique) which covered the dialectic art between France and Mexico in the time period 1900-1950, of course including the world famous artist couple Frida Kahlo and Diego Rivera. But much more, it contextualized their work in very interesting ways. I came out with ideas on the political aspect of art and the fact that Kahlo was very much in the centre of a movement, not a unique painter. I crossed the street to Petit Palais and saw Kehinde Wiley’s (follow on Instagram @kehindewiley) political, contemporary art where black bodies have been painted exquisitely and in very large scale into poses usually reserved for the (white) upperclass and (white) saints. Set in detailed ornamented rich, rich, rich backgrounds. Bliss.

Paris, the city of CHEESE

I learned that people in Paris really eat cheese everyday. It is done in a low key way, just munching on a few cheeses after dinner or lunch, of course after that comes the dessert! After my small introduction into the world of cheese by Monseigneur Raphael, I was immediately inspired and bought a 24 month old Compte hard cheese and two goat cheeses, a Mothais a la Feulle and a Crottin de Chavignol. (Links to an interesting online cheese resource I just found!)

Paris, the city of FRIENDSHIP

When I lived in Paris in 2006, it was the beginning of my blogging days, it was also days of important friendships. This time I made new friends and importantly also was able to meet some old ones. In much it was like no time had passed. Although our lives had moved on, our conversation just started from where we were back then. How lovely is not that?

Paris, the city of RACISM and SEXISM?

Not all is dandy and well in Paris, the entire central city seems to be marred with the male white gaze and voice. I saw sexist adverts that would not fly in other places, rode very internationally looking metros to come up to a very white world above ground, and was struck by how on TV there were so many ugly, white men…

Paris, the city of DID I ALREADY SAY FOOD?

In France, the petit dej’ or breakfast is a croissant, a full fat delicious yoghurt, a cafe creme, that is; to die for.  In France, you order a Menu including a glass of red wine and a starter FOR LUNCH.  In France they have a dessert that is called Cafe Gourmand which is – hold on tight – three! OR MORE! different! desserts! in one order! The capital of France is Paris, hence the center of some of the best inventions in food are concentrated here.

Next Time in Paris?

Next Time I go to Paris, I think I might stay a little longer, bring my family (to make the place a bit more female and a bit more brown-skinned), eat more croissants…

>Looking for a house

It is getting late. The year is almost ending. The time has come for bloggers to summarize the year. We all do it differently; I enjoyed  MsAfropolitan’s love letter, the book lists that hyper-readers Accra Books and things and A Fork in the Road shared and Africa Is A Country’s West African club hits!

My summary of the blogging year 2011 might not be possible to dance to, still here it is:

The year started out on a strong note. In January, I learned about Free and Open Source Software for Academics and analysed the Ghanaian “happiness culture“.

During February, I realized  in Swedish media Ghana is often portrayed like a success, economically, democratically and technologically. A more recent text buttressing my point is the top African success stories 2011 at Connected Africa.  This month I also celebrated my 30th birthday and my 500th blog post!

In March, I was inspired by DUST magazine and wrote my own You Know You Are In Accra When – jokes.

April was the month I got more serious and wrote about the mental health crisis in Ghana, sexual harassment and the unrest in Ivory Coast.

In June, I left Ghana for Europe. First stop was Marseille.  Then it was time for debating homosexuality. A debate that also made it to Global Voices.

In July, our daughter was born. What an experience! What a miracle! What a sweet soul!

In August, she was Virtually Outdoored. So was the Ashesi Berekuso Campus.

In September and October I was spending every hour of the day with our baby in Sweden. Taking walks, breastfeeding and blogging only sporadically.

Second week of November, I returned south and my daughter saw the green leaves and red soil of Ghana for the first time. And the green hoopoe!

In December, we had no water and I wrote about the EU Blue Card. And that was my 2011 year of blogging!

I am sure in the days to come, we will see many more chronicles of 2011 at Ghanablogging.com (soon to change name to BloggingGhana, but that is a story for 2012!) 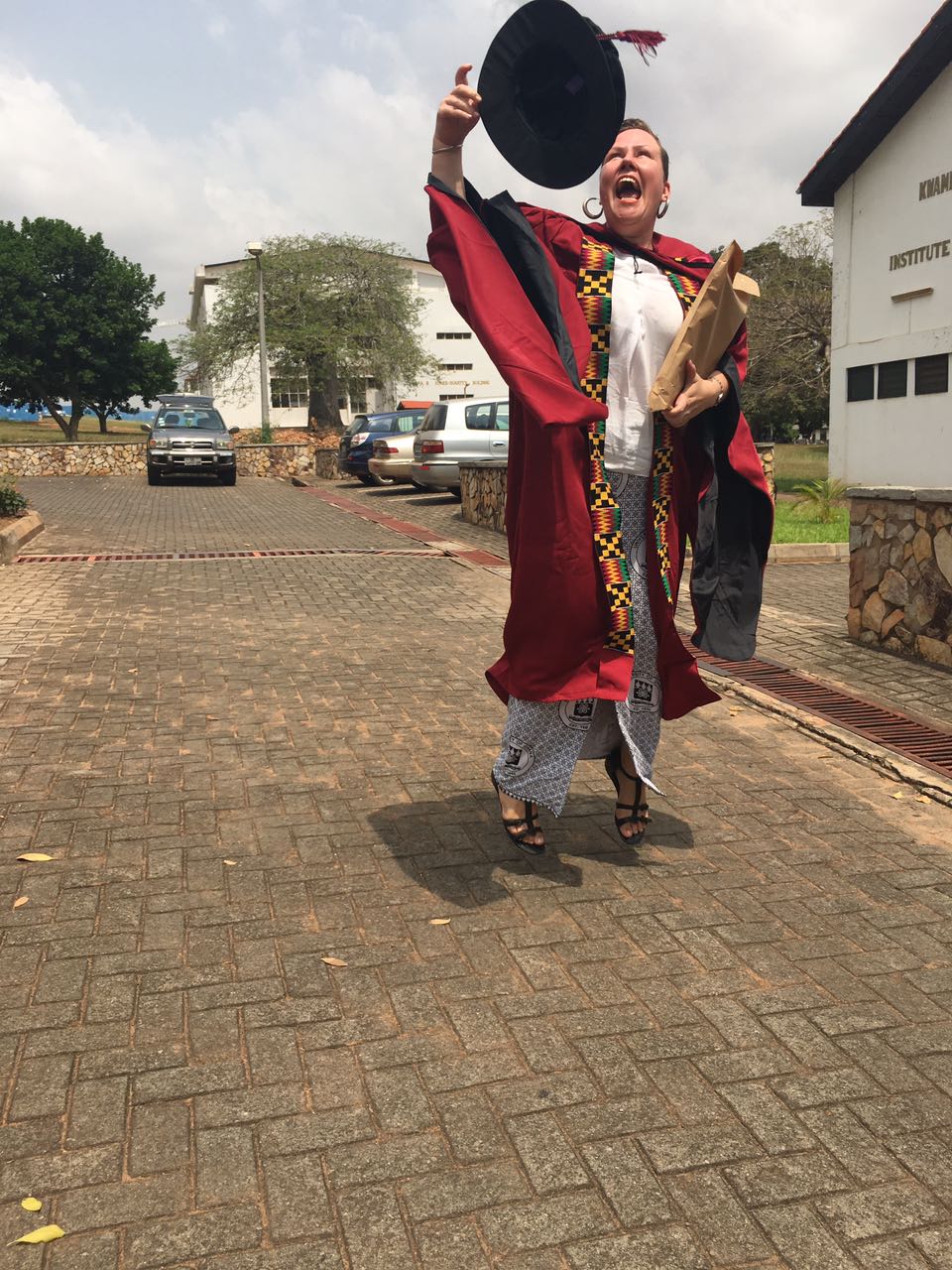 Slow and Small Victories: Getting an Academic Paper Published

The EU Blue Card – What Will It Mean to African Professionals?

Tomorrow I am lecturing on “Swedish Society and Culture” at Malmö University.

It is a topic I should know very well. I am a product of it. I studied Political Science with a focus on Scandinavia/comparative politics. In addition, it is a presentation that I have given earlier to students in Ghana (with good help from the Swedish Institute).

But maybe what makes me most suited to talk on this topic is that I have lived outside of Sweden for a majority of the last 10 years of my life. I think experiencing other societies (US, France and Ghana in my case) makes the specificities of Swedish society stand out more clearly. Also, living abroad makes you – or at least it has made me – an ambassador of my country. I find myself describing the Swedish model (defending the high taxes), explaining why Swedes are thought – see pic – to be overtly sexual (a myth stemming from artsy Swedish films in the 1950s) and displaying Swedish traditions and joie-de-vivre (disproving that Swedes would be extremely suicidal because of the darkness up north).

Tomorrow I will do it again. Wish me luck!

PS. My blog being messed up means that I have not felt inspired to post lately. Sorry to anyone who still follows this space! I think I will just keep posting and Update: It is now fixed!

I had such a lovely time in Marseille, in the south of France!

Top left at a visit in a vineyard in

Cassis, a small town outside Marseille, a sign at the vineyard which translates to “a meal without wines is like a day without sunshine“…then the lovely local fish soup Bouillabaisse (not too different from a good light soup with fresh fish, I must say…read all about it in the Bouillabaisse charter here) and last but not least with friend since 10 years, Cris, who lives in Marseille and hosted me.

The next collage is showing the time working – which was the lion share of my stay, I promise! Here you see Mary Gentile and symposium/workshop organizer Antony Bueno of Bentley University conversing, the Euromed Management campus, a workshop group session and a presentation by the hilarious Aaron Nurick.

I felt like this trip connected me to the wide world of teaching (Australia, Taiwan, Uganda, US), opened my eyes to new academic opportunities and at the same time reminded me of how small the world is…

…like this was not enough, French food was of course great, living in a nice hotel was amazing and getting to also see an old friend was a big plus…

…that is a pretty fabulous week, in my opinion!

So I was planning this great exposé about that Ghana now has a female running for the flagbearer of the ruling political party – aka this is as close as Ghana has been to a female president. On this issue, I have interviewed people, I have thought about it from several angles, but I somehow cannot get a good post out of it!

Next week, I will go to the city of Marseille in France for this symposium  on ethics. Lets see if I can do some blogging from there…If I can’t, it means another week of no posts here while I am attending a symposium!

Swedish “Holiday” – IKEA Catalog is Out!

How is the unrest in Ivory Coast affecting Ghana?