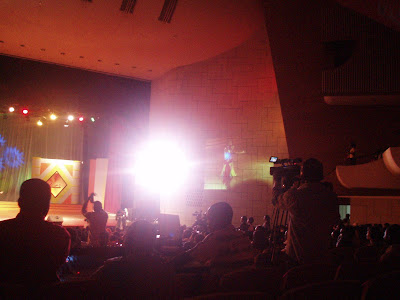 Since I came back I have not only been named obolo, I have also discovered that the electricity problems have been reduced with fewer and shorter power cuts. Something has changed in the right direction!

In the news it says the Akosombo dam has shown a bit higher water levels again and I heard something about that the power plant the mining industry is building should be up and running by now.

But apparently the news is not as good as I first thought, I realize when I do some digging. The power situation only seems to have changed due to import of electricity from neighboring Ivory Coast, most likely of political reasons due to that the leading party NPP has promised that the situation would be solved within a year (power “sharing” started in august 2006). Since elections are coming up next year, this is not the time to break one’s vows. Although it must hurt to import something from an unstable country to which Ghana used to export.

But still we have scheduled power cuts or “lights off” and they are still disturbing, and sometimes funny. Yesterday, I was at some friends’ house and as the TV and all the lights go out, the five year old playing on the floor shouts:

-Where are my eyes?

Picture from a live recording of one Ghana’s popular TV-shows “Stars of the Future”.

>No light in sight