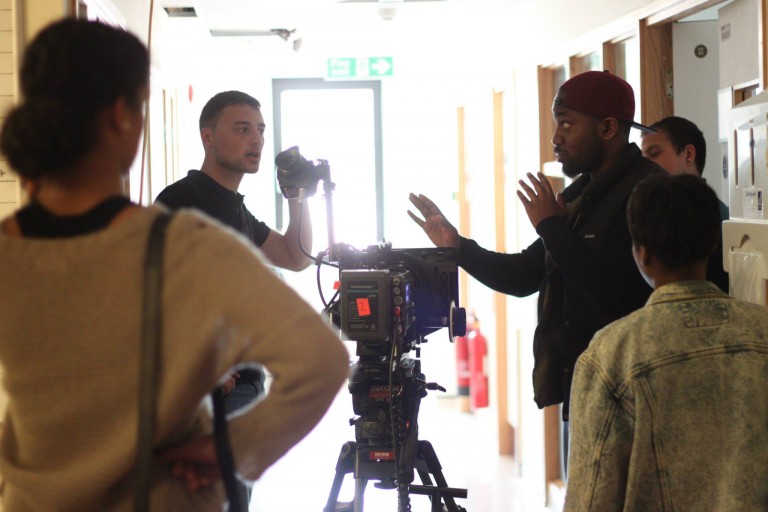 I recently linked up with Ghanaian filmmaker Koby Adom to learn more about his new project, House Girl, a short film dedicated to telling the story of the plight of young domestic workers in Ghana. I think we do not discuss the topic at all enough in Ghana and hence silently agree to, at times, terrible conditions for our country women.

When did you decide to make a film about house girls and why?

My mother and I are always having very long conversations about our life experiences and she is very open with me. A few years ago, she shared a story with me of when she witnessed the brutality inflicted on a house girl over a period of time while still living in Ghana in her younger years. It was happening in one of her friend’s houses by her friend’s mother. Being very articulate, my mum’s very detailed description of the events started sparking clear images of what it would be like in my head. These thoughts were chilling and gave me goosebumps and I wondered if any such thing would happen in contemporary Ghana so I researched it. 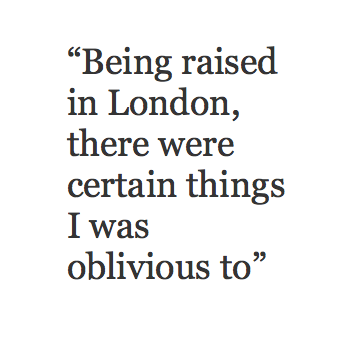 I have always remembered the story till this day and I went back to ask my mother more questions on occasion because it was hard to wrap my head around it. Being raised in London, there were certain things I was oblivious to so parts of the story just didn’t add up or make sense to me.

So when the end of my film school education was approaching, I decided to explore this story further for my graduation film. I was also very out of touch with Ghana and wanted to be reconnected with it so this was the perfect opportunity to explore that too; through film.

What is known about the issue? What is yet to be documented?

Having lived in Accra for just over a year when I was a child (1996-1998), I remember house girls/ house boys as the norm. However, my perception of that role in the house hold was positive because of the person who helped my family back then. She was like my older sister or a cool young aunty who helped out. My mum treated her like she would treat my siblings and I, but with a lot more respect – My mum still speaks very fondly of her now calling her ‘an angel’ because she took a lot of pressure off my mum’s shoulders at a time when it was most needed.
Furthermore, I visited Ghana in August 2015 and stayed 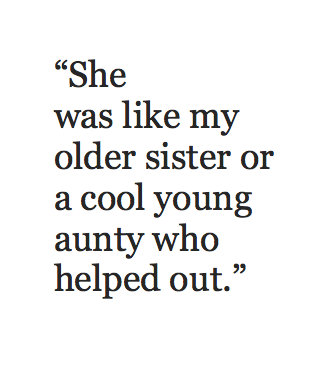 with family I have in Accra. My family members treated their domestic workers with total respect, so I was still in the dark as to what would cause anybody to treat a human being like that. So I did some research on it to find out if such brutalities still happen in Ghana and was pretty upset with what I found: an article by Kwaku Adu-Gyamfi on www.modernghana.com entitled ‘Corpses Have More Respect Than House Maids’. This was a Ghanaian website, speaking about Ghana. It wasn’t an outside perspective. Adu-Gyamfi also mentions it is an issue which is hardly talked about, because of the cultural history behind it. That is one of the reasons why I decided to write a script about house girls; To shine light on a situation which can spark a conversation so action can be taken to reduce, if not eradicate such practices in Ghana and Africa as a whole.

Adu-Gyamfi’s article was bold, but I believe there should be a lot more Ghanaian media outlets starting the conversation about the issue. By taking responsibility of the problem, African countries can avoid negative perceptions from abroad, which also prevents outsiders coming in to try and solve the problem.

What is your goal with the film, what do you hope to achieve?

I have two main goals with this film: Firstly, I want to make a fantastic film about something serious to further my career as a filmmaker. At this stage of our careers, young student filmmakers don’t usually make short films to sell or make money. At this stage we are focused on finding an audience for our art to further our careers. The best thing about the London Film School is that we are taught very rigidly how to make films in a tough but effective two-year Masters program. As a result, we come out the other end knowing how to make films without thinking too much about it. This now gives us the opportunity to focus on our art and craft. Adding magical things to a film which we figure out ourselves. I am using this film to tell a story which needs to be told in a magical way do get my point across – We aim to enter this film into film festivals globally to get a wide audience for it and eventually release it online for even more people to see.

Secondly, I want people in the western world to know more about Ghana and how far it has come as a nation. In the same breath I want Ghanaians to know that there are issues that still need to be resolved internally and I want to encourage them to do so. I want this film to show Ghana in all it’s glory but also show everybody one area which needs fixing; focusing more on human rights for everybody within it’s borders. Whether it is in established cities like Accra or villages outside of the major cities. 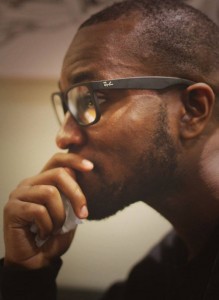 How do you make sure you: an educated male living abroad gets it right?

I am so happy you asked me this question because I worried about this for a long time. However, like I said I asked my mother a lot of questions as well as my family who live in Accra. They have all been very helpful in helping me shape the narrative of this story from a cultural stand point.

Also my personal tutor at film school put me in touch with Erik Knudsen, an experienced Danish-Ghanaian filmmaker who had previously made films in Ghana. He was very easy to speak to and was in a similar position to myself; being Ghanaian by parentage but could still be considered an outsider. Erik read one of the drafts of my script and helped me to think further into the culture of Ghana. He advised me to visit Ghana and learn how things work for myself rather than rely on the memory I have of it from 1998 and stories from others which weren’t my own experiences. This was fantastic advice, because I could really take in the spirit of the nation by going there. 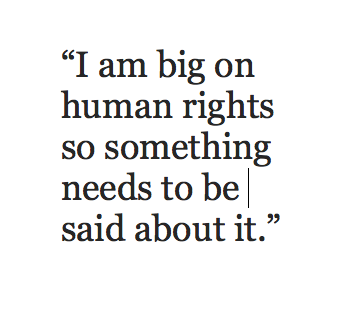 I also speak to my peers in the UK who also have African heritage (There are loads of us! Especially in London). We are all in the same position in terms of our knowledge of our respective motherland. One friend in particular, who is an actress shared an account of when her parents flew over a domestic worker from Nigeria to London and the brutalities happened here! I knew this existed, but I was horrified that people so close to me had actually seen and been through what my mother had told me. That is what really cemented my desire to make a film on this topic. I am big on human rights so something needs to be said about it.

I’m imagining filmmaking to be incredibly hard, tedious and expensive. Tell us of a moment in your filmmaking career that made it all worth it. 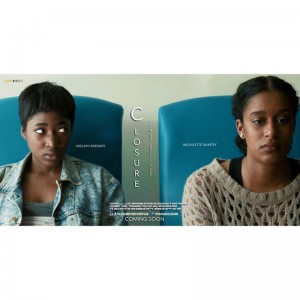 While making my last short film ‘Closure’, I experienced the hardships that you mentioned. I didn’t sleep much because of everything that needed to be done. Once the film was financed, made and screened, I felt a great sense of pride from everything that came from it. I sent the film to a load of industry contacts and film magazines/ bloggers and the response was over-whelming. I got some good feed back from executives at big production and distribution companies like Lionsgate, Sky Movies, Warner Brothers and TWC. I also featured in an article on Indiewire, which is a huge online independent film magazine. This got me a lot of important contacts in this industry.

I also held a private screening for this film and over 350 people turned up to watch it and listen to our question and answer session. After all the hard work, it is great to know that people have appreciated your efforts and that people were affected/ influenced by the film. There is no better feeling than that and it makes all the hard work and challenges faced worth it.

Furthermore, I made a short documentary called ‘Deborah’s Letter’, which is about my little sister who was born with Spina Bifida and is in a wheel chair as a result. The film won the audience favourite award at the Cinema Touching Disability Film Festival in Austin, Texas. I also received a lovely message from the festival director that the film touched the entire audience. These are the moments filmmakers live for. To know that we have put something from our head to the screen and it has had an impact on others. It is an amazing feeling.

Finally, any word of advise for young creatives? 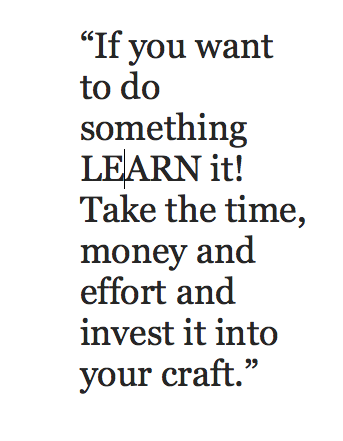 If you want to do something LEARN it! Take the time, money and effort and invest it into your craft. Be patient. A lot of people want instant gratification and I was one of them. I have learnt that working hard and learning the industry and the craft will take me so much further than if I went diving head first with no knowledge. Nothing wrong with diving but don’t do it with no idea of what you are about to fall into. Knowledge is power.

Secondly, just be bold. Don’t be discouraged to do something because nobody has done it before. The way I see it, that thing hasn’t been done before because God has left it vacant for YOU. Everybody who is important in the world today did something that logic would have discouraged. Listen to people but you don’t have to follow them. Listen to why they say you shouldn’t do it and use it as research to figure how you are going to do it. BE BOLD!