My Visit at DVLA and the Issue of Speaking Up 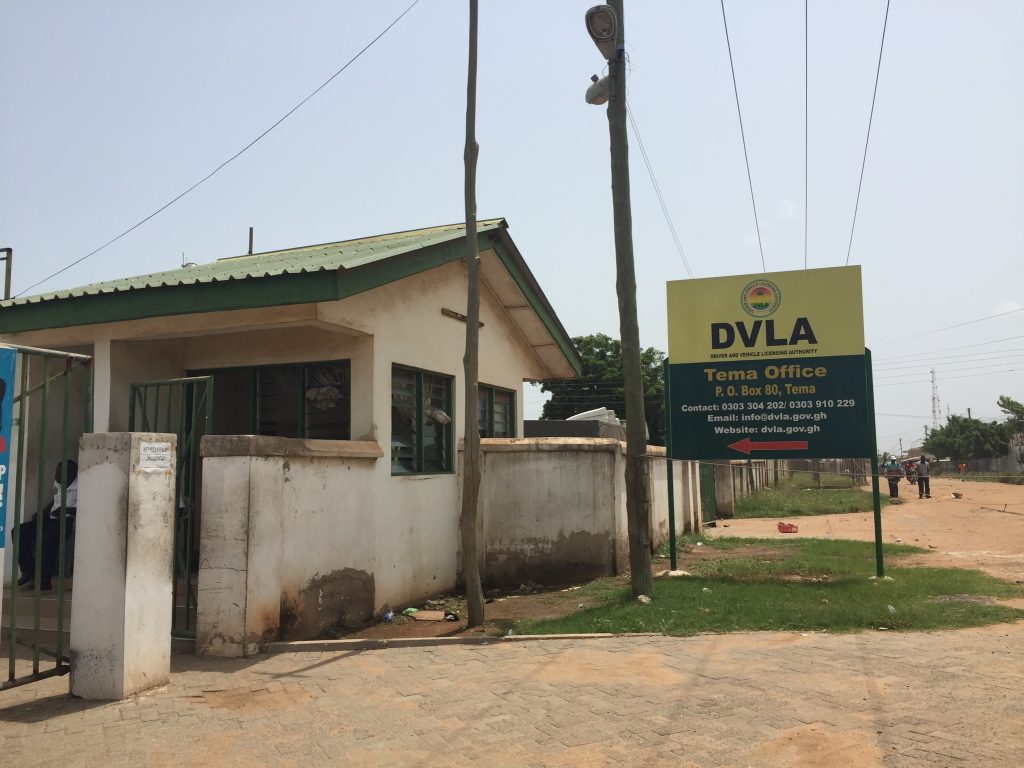 On Monday 4th April, 2016 I went to the driver’s and vehicle licensing authority (DVLA) in my hometown of Tema. I had taken the day off (well, student papers waiting to be graded were in my bag) and I was prepared for a full day of Ghanaian administrative duty to replace my soon-to-be-expired license from 2008. I left with the same old license and some experiences I wanted to share with you! 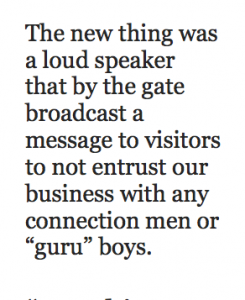 When I came there I was met the usual chaos of people everywhere, connection people leading the way between rooms marked unhelpfully  “Room 7” and the like. The new thing was a loud speaker that by the gate broadcast a message to visitors to not entrust our business with any connection men or “guru” boys. The irony!

However, I had made up my mind to see exactly how long it would take to weave thru on my own. I soon realized that most people sitting and standing waiting were not in any of my queues. After having copied my driver’s license off site, brought it for signature in one office, gotten a fee determined in the banking hall, (no fees are posted for people to see, “all fees are individual, you understand?” explained the clerk), gone to pay GHS 64 in the banking hall, gone back to the first office for another signature, gone to “Room 7” to check my eyes, and after having spent only about an hour on the premises, I was sent to room 10. 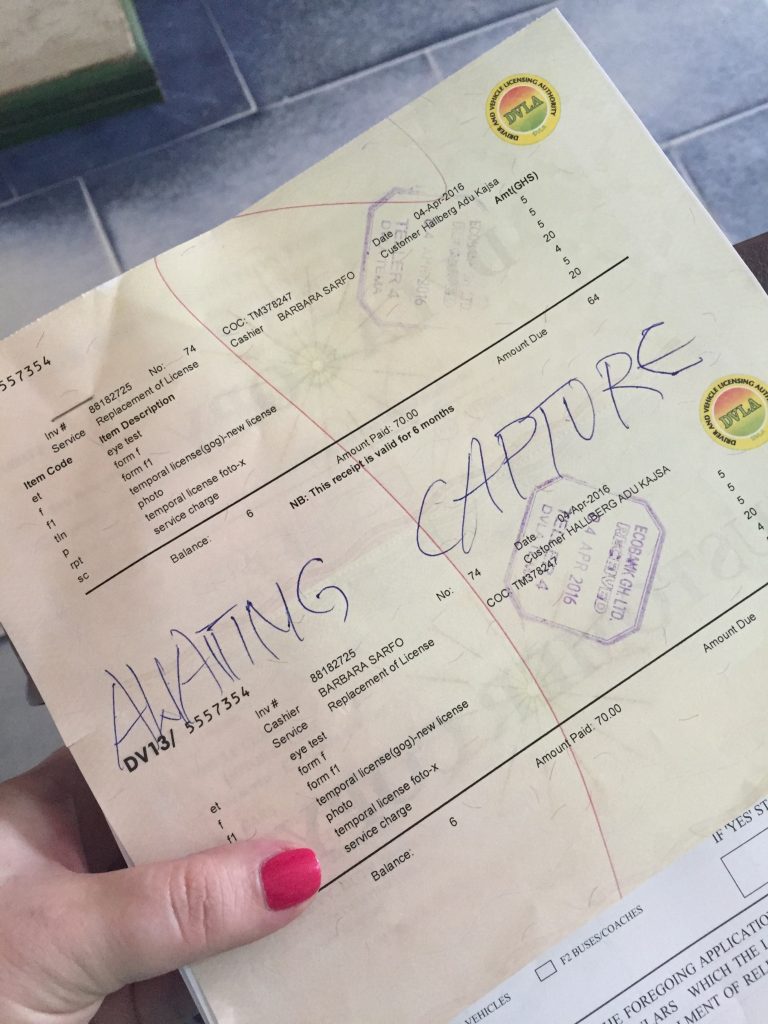 Room 10 was empty except for a lady who, scribbling on my forms, was telling me that the “capture machine” was broken and I should please call back another day to see when it was fixed. I said that was unacceptable and that I had taken the day off as my license was about to expire. She sighed and said I can use my application for a new license if stopped by police. I asked to see the manager. 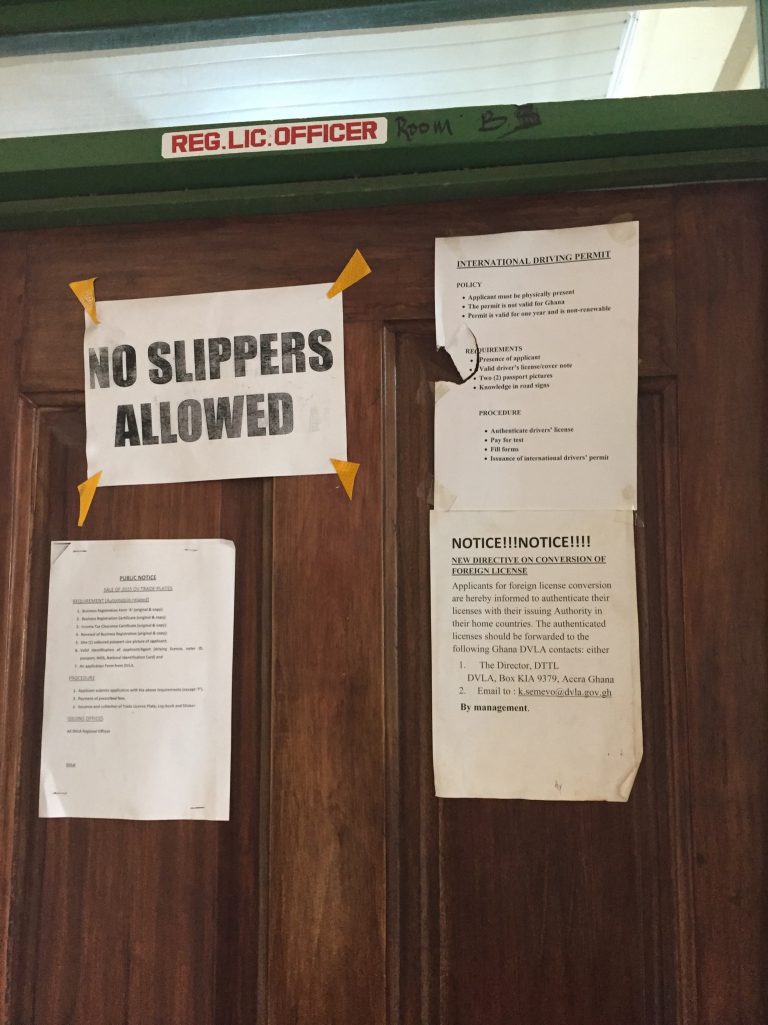 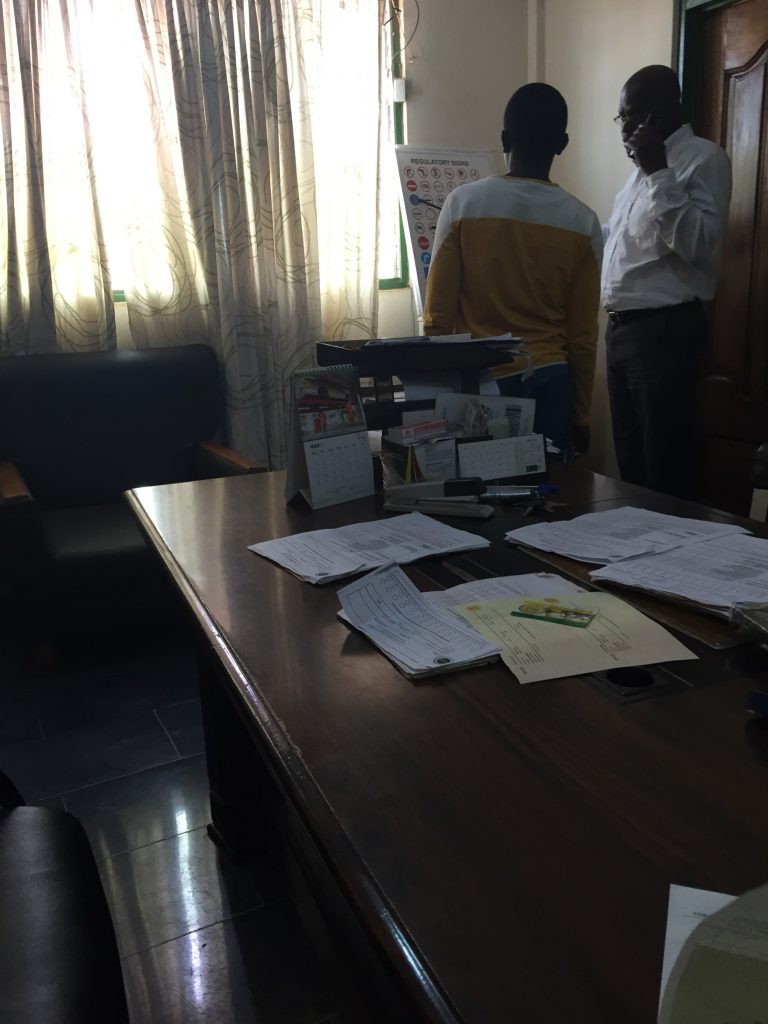 I was then shown to Mr. Lamptey’s office. A row of young men was waiting outside his door with the notice “no slippers allowed” on it, inside Mr. Lamptey was busy querying people with shoes on about their road sign skills and I waited for him to round up. I explained I had some complaints. 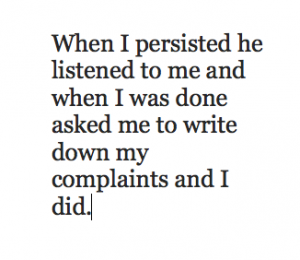 He was quite open to hearing me out, or well, he did ask me first to “go to DVLA in Accra” and then he asked his coworker to “show me” some different things I said were lacking, but when I persisted he listened to me and when I was done asked me to write down my complaints and I did. 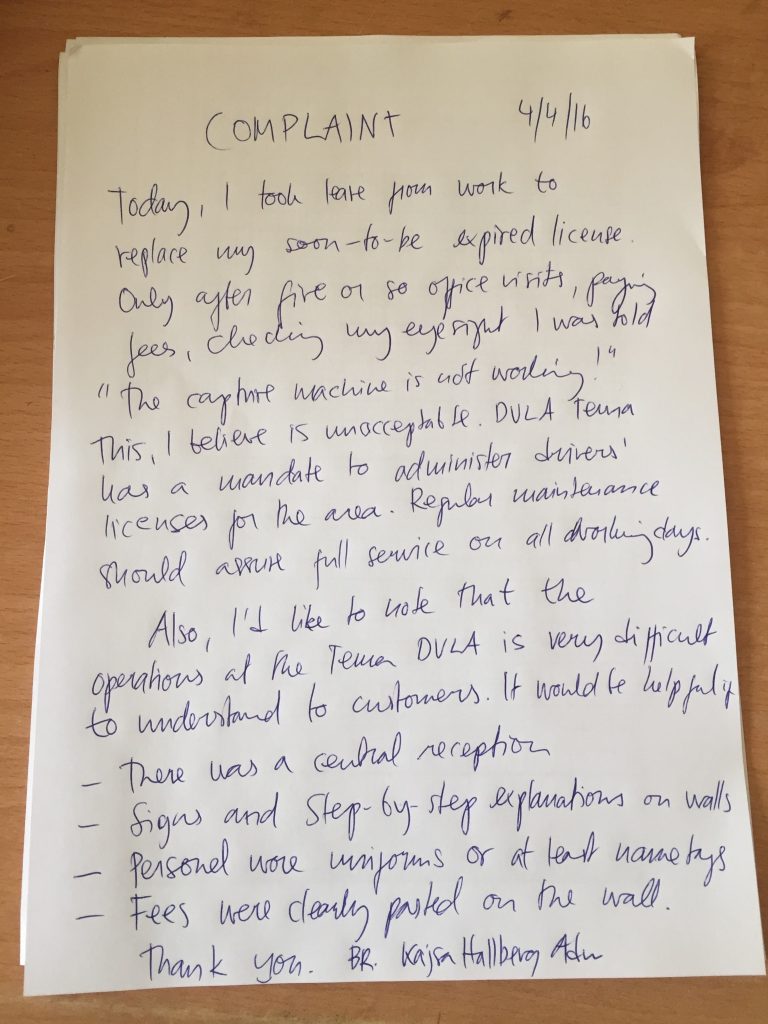 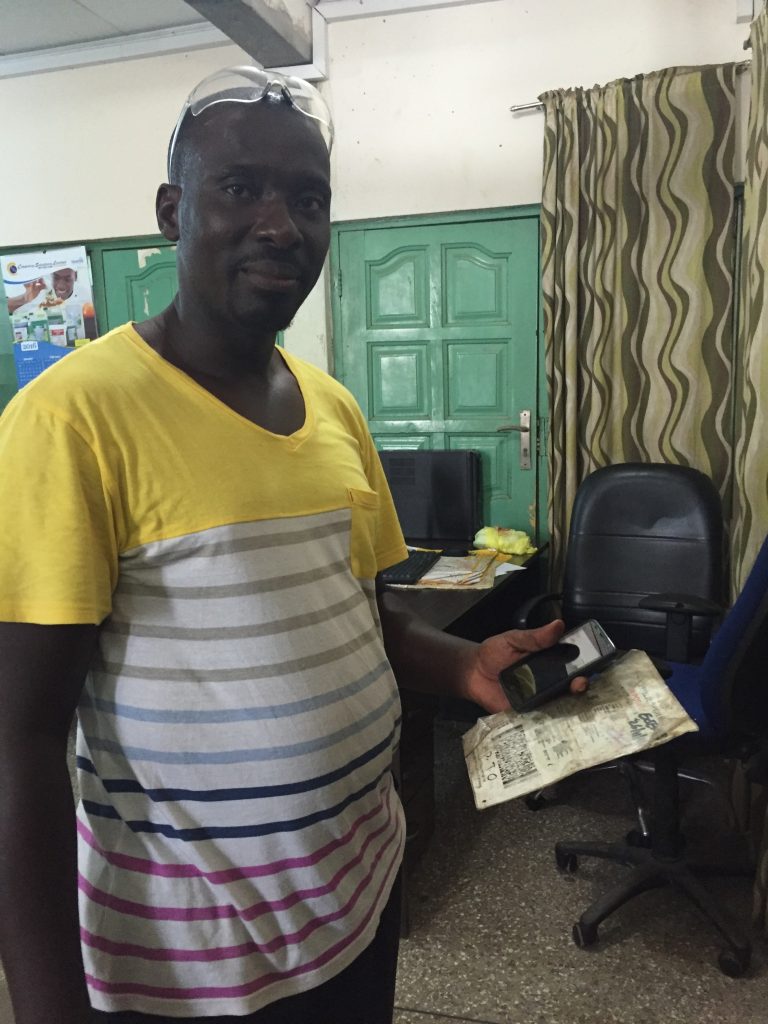 Back outside, I met a former colleague and also Joe (in photo above) who both had been called in as their replaced licenses from one and two years ago supposedly were in. Actually it seemed most of the crowd there was waiting for their license. This after two major scandals in DVLA in the Ghanaian news recently: in November a deal where the procurement of licenses was discovered to be severely inflated was discovered, in 2014 investigative journalist Anas revealed that licenses could be bought outright. True to character, Anas managed to buy a driver’s license for a blind person!

On my way home I decided to pass by a friend, Jacob who owns a workshop not far from DVLA. When telling him about my day, he showed me his temporary license that had been renewed four (4) times since 2014! 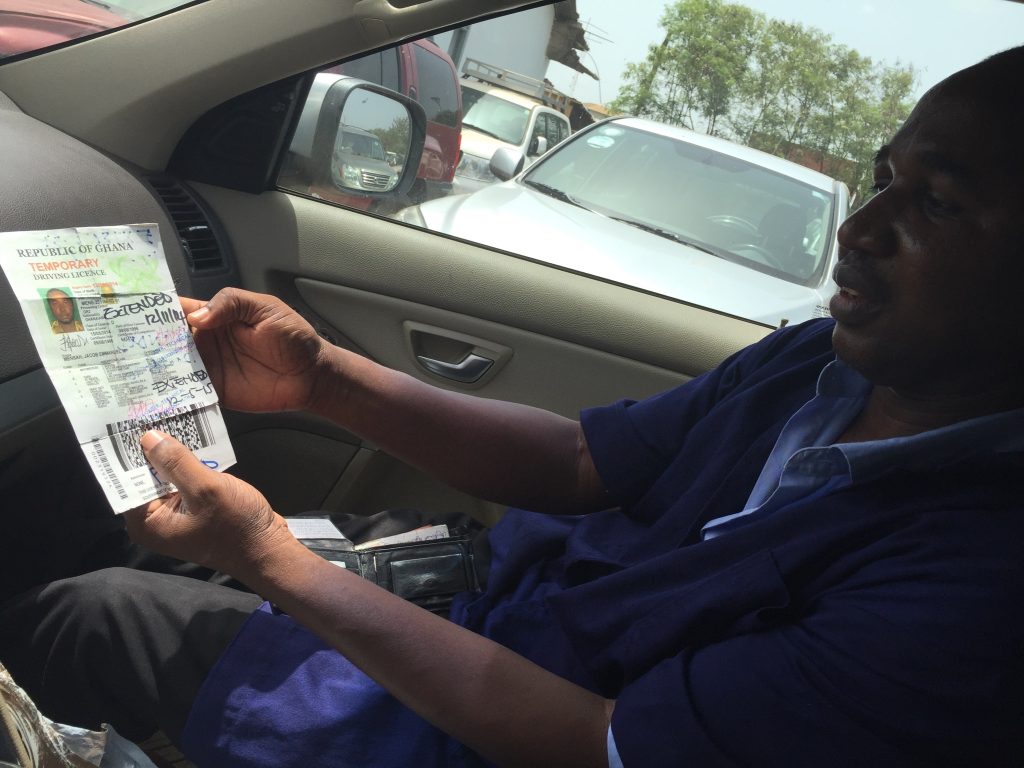 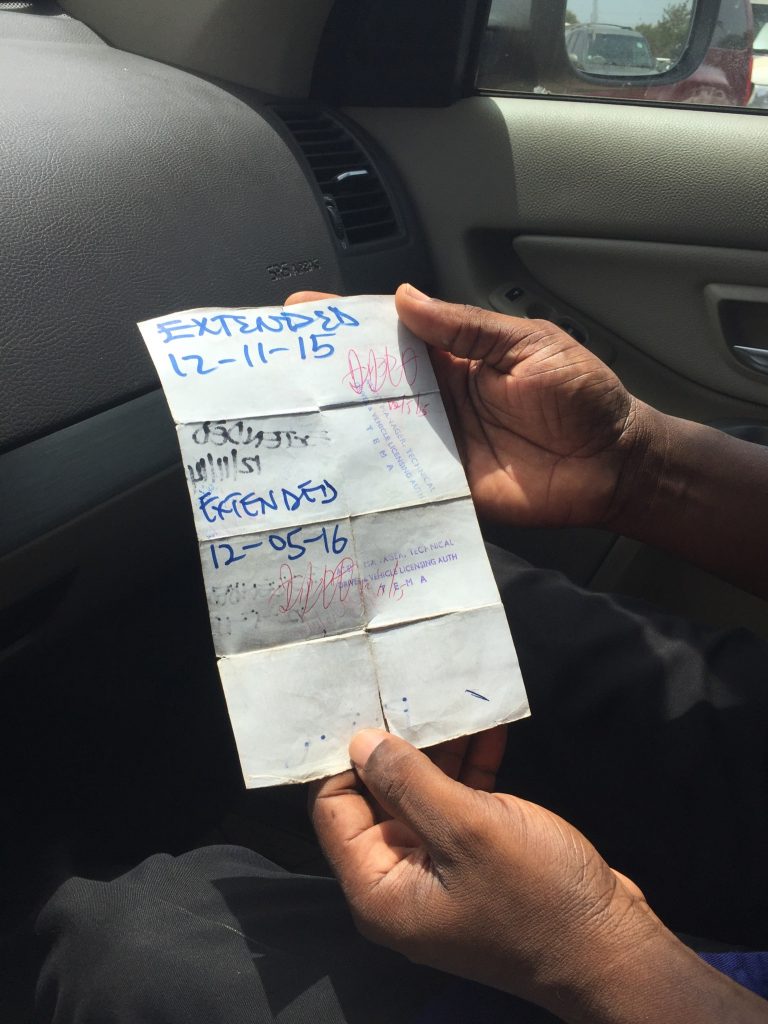 What is interesting to me is not just the already well documented breakdown of DVLA, but also the complacency or apathy of fellow license holders, people who pay a connection man extra, people who spend several working days every two years at DVLA, or come to the premises only to wait again for a license that has been delayed for years. Ghanaians who might have lost a dear one in a preventable traffic accident. My complaint seemed to be a funny curiosity to Mr. Lamptey.

With that, will things at DVLA ever change?