In the news, ministerial vettings are ongoing with interesting turns around the new Minister for Gender, Children and Social Protection, Nana Oye Lithur, a lawyer (im)famous for her activism around homosexuality and human rights generally.

During her parliamentary hearing, she had to use some “double speak” to be able to go through and still not alienate her fanbase. My favorite careful wording from the vetting was when she said she has “not said any word that I will promote homosexuality”. Luckily, noone asked her if she will “promote heterosexuality”! See clips from the vetting below, my favorite quote starts at 1.27.

I have met her once, at the Humanist conference late last year, and took this photo of when Nana Oye Lithur told us about a front page of (Ghana’s largest newspaper) the Daily Graphic that was a “worst case scenario” for an activist as it zeroed in on her as a supporter of something that is more than controversial in Ghana. However, as an encouragement for others with views against the norm she concluded “it wasn’t all that bad, no real bad things happened after this” and indeed she was right, it even didn’t stop her from a ministerial position just a few years later! 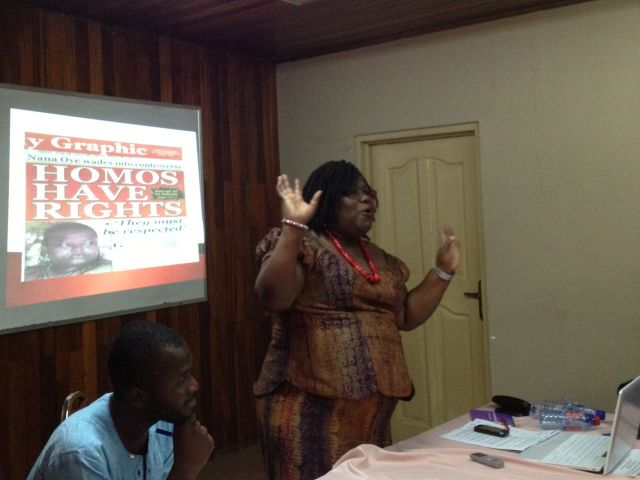 Although there were people against the nomination and much conspicuous debate, others also supported her and in the end she sailed through the vetting process and has now worked her first day. I am happy for Ghana. Oye Lithur is a clever woman and this is – even if no homosexual promotion will be carried out – a clear break with the homophobic past of Ghanaian political leadership.

When your child is sick with malaria

You Know You Are in Accra When…