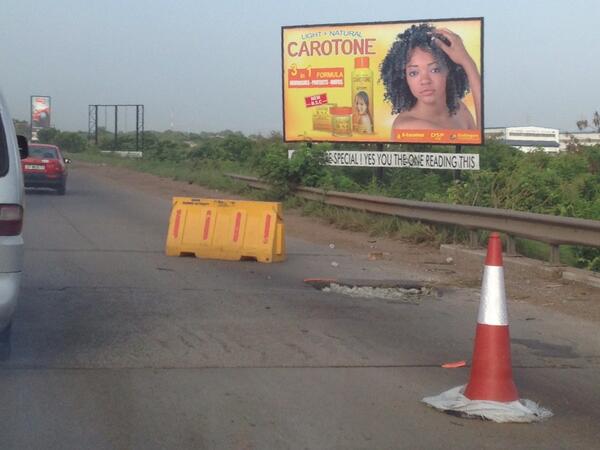 One Year of Road Toll in Ghana: My Experience

Last first of February, I woke up to a new reality. The previous silly-low road toll for taking the motorway to town had been increased ten-fold! That day, I joined the long queue of surprised motorists and payed my 50 pesewas to go in the morning, and 50 pesewas on the way home. All in all 1 GHC per day, at least 20 days a month ever since.

I was one of the ones who, despite the sharp price increase, was happy. I told anyone who wanted to listen that now things would change. First of all, it didn’t make sense to wait 5-15 min at a toll booth to pay the equivalent of two-three cents. But more importantly, deep holes in the concrete motorway, broken/non-existent street lights and pedestrians crossing at any given point would be a distant memory. We would all be able to go to work SAFELY. Wasn’t that worth 1 GHC per day?

A year has passed and the 20 x 12 = 240 GHC that I have payed has unfortunately resulted in very little:

I must say I am disappointed. I never expected to a year after paying decent road tolls still drive home in  the dark. Even white lines to mark the sides of the road are not there.

Statistics reported on Joy FM on the 20th of January said that already this year (that is 2-19th Jan 2011), 724 vehicles had been involved in car accidents in Ghana. 580 people had been injured and 120 had died.