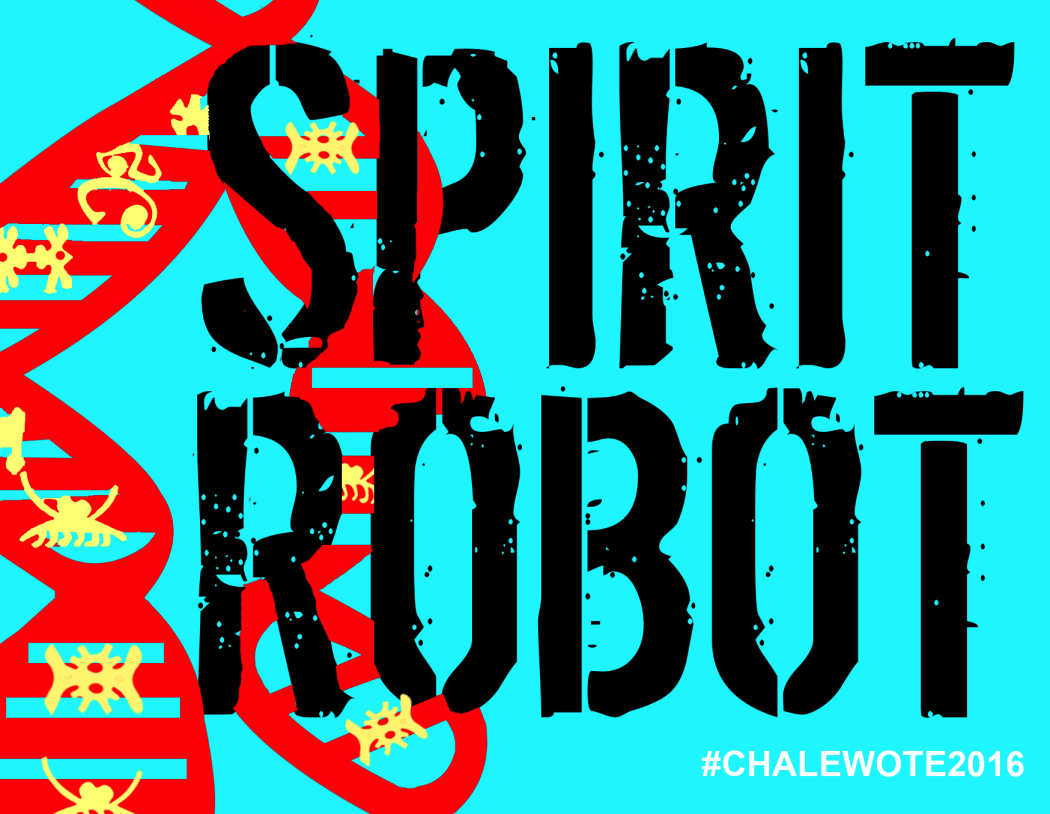 In August CHALE WOTE is coming! The street festival enters its fifth year with the awesomest theme ever: SPIRIT ROBOT! It just does something to my imagination: spirit! robot!

I will be going to the festival with my entire family. I am especially looking forward seeing the festival through my now five year old child’s eyes and seeing my teen relatives’ reactions. Personally, I am attending for the people, the art-meets-community, the fabulous fashion, the street food, and the general feeling of marvel.

Do you not also want to be part of the Chale Wote Spirit Robot?

In 2016, we ramp up the energy of CHALE WOTE by building a universal TRANSmitter  – a singular architecture – that we call SPIRIT ROBOT. This immersive memory-tech presents a world within a world where life can be structured on different terms.

CHALE WOTE 2016 exists as an interconnected system of pan-African geometry shifting. SPIRIT ROBOT  is a sacred current that decodes worldly systems of racist capitalism, alienation and subjection. SPIRIT ROBOT mutates these frequencies as a way of creating new histories, art and knowledge.

Robot points to mechanical forces that restrict our right to be human – to feel and to express – and to be free. Robot signifies the machine – the myriad constraints that people of African descent on the continent and around the world confront on a daily basis with our very lives. SPIRIT ROBOT reprograms history by melding West African mythology, cosmogramming, and artistic practice in a radical unveiling of alternative African realities. Together we animate stolen dreams, deferred inventions, and lost science through an intercultural kinship. We reclaim memory maps about who we are and where we are going.

What we are speaking of is Spirit – a collective creative process that is human and metaphysical, potent, available and abundant. Spirit is on the move through a series of portals – doors of persistent return – that open up a blueprint for radical reconstruction of our realities and pan-African building.  It refers to the energetic abilities we employ to create a new encounter with reality that is entirely of our choosing and construction. Here we access liberating spaces of art and possibility, embedding our codes of connection in a live archive that we continue to build upon.

How do we create intentionally coded spaces – an algebra of minds – that can be grasped and shared? In 2016, we build bridges of possibilities between us, connecting our visions of reality with one another and the challenge to dig deeper. Stretching these projects together into a meta-network is an act of deep engagement with community, and an exercise in countering historical forms of hierarchy, exclusion, fracture and disharmony.

With SPIRIT ROBOT, we construct and amplify our own technologies to create a spectacular present where are we free .

My Views on ECG in The Mirror