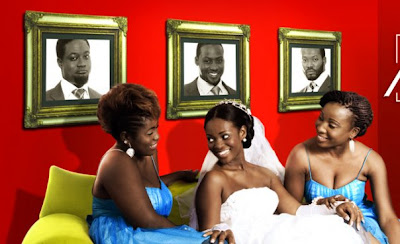 I am truly looking forward to see the film The Perfect Picture, premiering on Friday here in Accra. Correction: Premiers 3rd of April 2009.

The movie features the famous Ghanaian comedian KSM and some other faces also look vaguely familiar.

From the trailer, which you can see here, it looks like a high quality movie (!) recorded here in Ghana by Sparrow Productions (also the organizers of Miss Ghana). And it will apparantly be showing henceforth (correction: 17th of April 2009) in the new Silverbird cinema in the Accra mall (which I wrote about here).

I am surprised and happy, since I thought the film industry in Ghana had permanently settled for Nollywood-quality and distribution, which even though it can be interesting lacks the “fantasy element” of good, expensively-produced cinema. Also, the Nollywood movies – though enourmously popular – tend to paint a stereotyped picture of Africa, in my opinion. A film like this can paint that other picture of Africa that I am interested in. What do you think?

Just like for the play “Romantic Nonsense” I saw recently by Nii Commey, the topic of the film is the love lives of the “getting-married-generation” people about to turn 30, having to make some important desicions and getting to know the difficulties of first year married life.

Chale, I don’t know why, but that seems interesting to me!