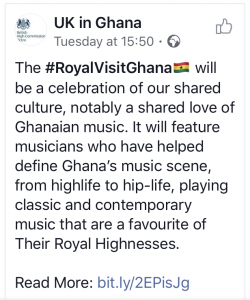 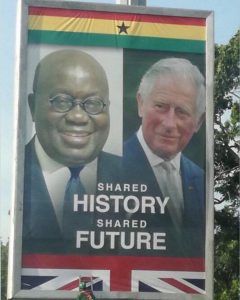 Sunday Reads are back! #KajsaHASundayReads

Two books on my List: Ghana Must Go and Americanah

After having had my blog hacked into last week, my blogging time was eaten up (a suitable expression for this post!) by changing passwords etc. While I am on this topic, if you haven’t changed your blog’s password – or email password for that matter –  this year, do it today!

Anyways, now I am back with a snack!

In Europe, they are at this time celebrating the yearly return of the sun and good weather. And what always comes with nice and temperate times…?

Yes: Ice Cream. This year, the celebrated Magnum kind of ice-cream-on-a-stick has created a Ghanaian version with Ghanaian chocolate! This follows the trend of chocolate as a more refined sweet. These days, people are specific when they want chocolate – they might want a certain brand (Valrhona is supposed to be one of the best), a certain cocoa percentage (70% cocoa melts in your mouth, 80% and above can taste bitter, although preferred by some) and maybe even a specific country of origin for the bean (say Ghana or Ecuador).

Magnum UK describes the Ghana ice cream in this fashion:

“For chocolate connoisseurs.Bite into its cracking milk chocolate made with specially selected cocoa beans from Ghana.”

The phrase “specially selected”, makes me smile but still it is good news and possibly even nation branding that Ghana is mentioned together with “connoisseurs”, however still the question is: When will we in Ghana also take part of that value added?

The ice cream is also available in Sweden where they add the information that the rest of the ice cream has a hazelnut flavor. So when I go there next month, I plan to have a bite!

Anyone tasted it yet?

“Unsustainable” Student Migration or a Gold Mine?

“unsustainable” and suggesting changes to the visa laws interested me. Why?

Other voices from the blogosphere includes Sara Mulley/leftfootforward.org who writes:

It seems that we must ask: what is the Government worried about?  There seem to be two main concerns. The first is entirely legitimate – it seems likely that some abuse of the student visa regime continues, despite the measures taken by the previous government. This may be a particular issue with visas issued for courses below degree level (which account for up to half the total), and with visas issued to smaller colleges and institutions.[…]

Their other concern is about total net immigration to the UK.  Rising student numbers is one of a number of factors making it harder for the Home Office to meet its target of reducing net immigration to ‘tens, rather than hundreds, of thousands’ a year.  […]

Although rising foreign student numbers increase net migration figures in the short term, most student migration is temporary, so it’s not clear what the impact is in the longer term.

I have seen some evidence in Ghana that to apply for  a visa as a student it is a strategy (mainly because all other routes have closed). I think it supports my theory that courses below degree level account for a big chunk of these visas.

The UK is an attractive place to study. English is the language used for study and daily life, and even though the universities charge non-EU students a lot more than Europeans, a British education remains good value compared to American colleges.

Mark’s comment reminds me of something I once read about the intangible value of the use of English to the UK which manifests in sales in dictionaries, literature and education.

The migration might be unsustainable. But much more likely, student migration is a gold mine for Britain (and its effects highly complex for developing countries, if now anyone cares about that).

Photo credit to the Guardian.

Ghanaians in Ghana Can Vote in the UK!

“While many Ghanaian farmers struggle to fight poverty, the staple rice is American, water is sold through Dutch companies, telecommunications are run through the UK, and Ghanaian tomatoes fail to compete with heavily subsidied European counterparts. A vote in a national election alone is not enough to give Ghanaians a say in the processes that decide this.”

This is the motivation between the interesting initiative Give Your Vote offering UK citizens to give their vote to a citizen of Bangladesh, Afghanistan or  – yes, thats right, to a citizen of Ghana!

How to vote in the UK elections?

First read up on the BBC election site, then learn more about the Give Your Vote /Use a Vote for Ghana initiative and finally, vote by text message! Text your name, location, and party of choice (LABOUR, CONSERVATIVE or LIBERAL DEMOCRAT) to +233241561918 or visit a UK election centre in Accra on 30th April.

Read more: Give Your Vote website, the Independent, the Guardian, Ghana Web/Diasporan News.