Three Weeks without Social Media: Was I Happier in the End?

To be able to have a completely restful vacation, I took three weeks off social media this summer. What I intended was to not read or post anything on my three favorite social media platforms: Instagram, Twitter, and Facebook. As a total social media freak (I am someone who often hails social media as the revolution of our time), I was interested in this hiatus also from an experimental point of view: would it be difficult to keep off? Would I miss my social media timelines? My ubiquitous scrolling? What would be the effects? 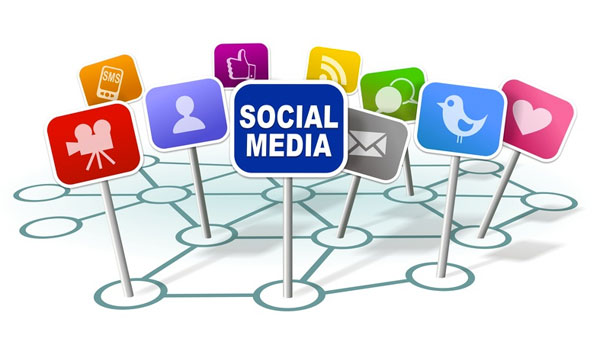 The first few days I kept a diary, this is what I noted:

Day 1 – I have set up my blog post on my social media break to post automatically in the morning, later in the day I went into Instagram in the evening to post the same info on my break. By mistake, I clicked the Twitter app. Closed it quickly. I have already deleted the Facebook app from my phone, now I put the remaining apps in a “social” folder on my phone and put it on the last screen, not the first.  Regretted when I thought of the art exhibit I’ll attend tomorrow and the conference next week. Else felt happy. Baked, finished a book. Had a glass of wine. Watched a tv-program.

Day 2 –  I have had a packed day and at the art exhibits and food fair I went to I wanted to post, that’s how I usually take in an event. Instead talked to a friend. It was good, but very different from how I usually experience such a happening.

Facebook sent me an email saying I had memories with my family. It felt a little bad to not see the memory, but also what a cheap trick that is to bring you in!

Day 3 – Methodically canceled all remaining social media app notifications. Went to a book club meeting and was present throughout. Watched in amazement when others drift away from the conversation with real people to check their screens all the time. In the evening, I had a question I wanted to post to my social media network. Later googled the question instead and found an answer.

Day 4 – I got messages from Odekro from parliament straight to my locked screen. Scrolled thru. That’s not strictly checking one’s timeline, right? I think this is because I “follow posts” on Twitter and I do not want to turn that off. (But really why not?)

Day 5 –  I am spending more time on WhatsApp actually having conversations with people. At an outing, I took very few pics, because now that I can’t share them…I feel calm and cut off from reality.

Day 6 – I realize I have read no news since I stopped social media. I went to my blog to see if anyone had commented on my blog post about the social media break. But people rarely comment on blogs anymore. I was inspired to read my favorite Instagrammers’ blogs.

It is no surprise that notifications of Twitter, Facebook and Instagram are engineered to draw us in, have us watch just a few more photos on our timeline and just see one more video, but how difficult it was to get signed off from everywhere surprised me.  If you want to dig deeper, I enjoyed this medium article: This is How or Fear and Outrage is Being Sold for Profit.

We sometimes talk about echo-chambers; this seems to certainly be true for me. Totally unconsciously, I have read or watched no news at all in the last weeks, but solely relied on my husband to tell me crucial headline stories. For a political scientist, this is major.

Few people called, I heard of few events, I saw few people these weeks. I realize I get most of my information about events and parties, art openings, and meetings thru social media. Perhaps not surprising, but also completely excluding, as one then have to be on social media to meet people offline.

When I was doing research on photo storage last year, I came across an article that said storage will be superfluous in the near future as what people want to do with pictures in to share them. This was true for me these weeks. When I saw something nice, I’d remember I would not get to share it for the next weeks, then I thought to myself, what is the point?

I thought I still need to be on WhatsApp (but really why? I could have set an away message) and have access to the Internet (you know, to…Google stuff). But those opportunities were exploited by my synapses (a.k.a. me) and I read many, many blogs, even had one or two late night surf-binges, and that was not what I had intended for my social media break. I think that is how I filled the “scroll-void” or the habitual social media checks.

I will now more consciously decide when and how much I will be using social media. To be honest, as I am easing my way back into social media, I am feeling a little bit disgusted by the whole speed of all timelines, beautiful photos, and heated opinions. It seems they all flash by only to be replaced by another. When I started work this week, I have the following habits in mind:

Did Being Off Social Media Make Me Happier?

I did spend more time reading, sleeping, playing with my children, talking to my husband, but being off Social Media did maybe make me relax more, but not make me feel happier. I would have to say no, I actually felt sad!

Sad as I “couldn’t” share interesting things I experienced with the world, but at the same time the time off gave me some perspective on the way social media builds on human psychology and how, once the notifications come off, we can start using it for what we want again.

Have you ever taken a social media break? Do you limit your social media intake in some way? Let’s learn from each-other!

How to Sleep When It Is Lights Out: 7 Tips