Two weeks ago, many Ghanaians were in shock after hearing the reported statement from the Minister of Gender, Children, and Social Protection at a senior high school she visited. This text is only partly about what the Minister said, and mainly about the useful conversation that ensued about who bears the responsibility for rape and how talking about sex and consent can be transformative.

In her speech, Honourable Minister Otiko Djaba advised the high school girls in front of her, she said:

“If you wear a short dress, it’s fashionable but, know that it can attract somebody who would want to rape or defile you. You must be responsible for the choices you make”

In an excellent historical contextualization of the statement (and the ministry in the limelight) by Prof Akosua Adomako Ampofo, the professor suggested:

“The problem that everyone who has criticized her remarks refers to, is the link she made between short dresses and rape. There are many reasons not to wear a very short dress—so as not to draw unwanted attention to oneself, to dress to suit the occasion, to provide a professional appearance, to not expose one’s underwear if you want to climb a bus or cross your legs—but risking rape is not one of them and the connection is tenuous at best and dangerous at worst since it makes the victims responsible.”

“Often victims are subjected to awful queries like “what were you doing in his room” and “what were you wearing,” suggesting that they’re somehow to blame for the actions of the rapist. Minister, your comment did exactly what rapists want, ignore their actions and place the burden of preventing rape on women. It serves no one than just perpetuates the rape culture, allowing rapists to get away with their crimes.”

That is, connecting appearance and rape is shifting blame from a perpetrator to a victim. How is that OK?

We see reports of rape and “defilement” (rape of child) often in the news. Brutal gang rapes and people in power such as police, teachers, and guardians attacking rather than helping. This recent article about how many families cannot afford to report a rape I think summarize the way many Ghanaians see the issue (settlement fees of GHS 500 or $125 are apparently common).

Ghana has been all but quiet on the issue in the last couple of weeks. First, there was a Twitter conversation #letstalkconsent, I believe coming out of journalist and public speaker Nana Akosua Hanson‘s event series on sex and consent. Online the #letstalkconsent hashtag trended and hundreds of Ghanaians discussed the issue. See a summary of the conversation on Storify.

The whole #letstalkconsent conversation reminded me quite a lot of the Swedish conversation on sexual consent from 2010 that was called #prataomdet  (“let’s talk about it”) happening in the aftermath of the very public Julian Assange rape case. The beauty of that conversation was to talk about the gray areas of sex – the times when sex goes from being exciting to scary and that we all have the right to say STOP.

In addition, Podcast Unfiltered hosted by journalist Nana Ama Agyemang Asante has covered the issue from many angles: in an episode on rape with Efua Prah, gender expert and my colleague at Ashesi University, in an episode on casual sex and consent with Eyram Seshie and Jessica Boifio.

Podcast The Other Room hosted by Cel, Kess, Aj and Vee also discussed this issue from the angle of safe spaces (Ep. 06). The name of the podcast, of course, is an ironic take on Nigerian President Buhari’s idea on where his wife belongs.

Last week, journalist and lecturer Esther Armah organized a forum for media people that sought to discuss how issues of rape and consent are covered in the news media (the conversation also came to be about the role of blogs, in a way I have never heard blogs be discussed in Ghana before, is this a sign of that blogs are finally seen as a force to reckon with in Ghana? Perhaps this is another post!) The #Reimagine2017 event covered both ethical aspects of journalism and public rape cases and media’s role in covering them.

Importantly @estherarmah breaks down “sex”, to not just the act, but the treatment of women & discourse on sexual assault #reImagineGH2017

“I’m the only woman on #CitiCBS, so I wanted to create a program with several female voices, perspectives” –@JustNanaAma #reImagineGH2017 pic.twitter.com/MhSBsmNuLS

At Ashesi University where I teach, the Vagina Monologues were staged. Guided by Faculty Intern and director Caira Lee, students also wrote their own texts about sexual transgressions and shared them with the audience. From the article on the Ashesi website:

“Restaging the Monologues within our context was important because it helps spread awareness about sexuality,” said Lilian Awuor ’18. “It creates a platform for young women to share their struggles, thoughts and feelings on how it is like being a young woman in Africa today.”

This week, activists and film-folk in Accra like AWDF‘s Jessica Horn, Maternal Health Channel’s Ivy Prosper and An African City‘s Maame Adjei and Nicole Amartefio together with LetsTalkConsent have started another campaign on the same topic: #HowShortWasYourSkirt. Short films that comment on the skirt length (are you listening Honourable Otiko Djaba?), on issues of intoxication, on what we should tell young people about rape.

There are likely many more initiatives out there that have skipped my end-of-semester-two-kids-at-home-busy radar, but these are events, programs, articles I have read, listened to or participated in and support fully.

What is Rape Culture?

Rape culture or a culture that condones rape is built on a patriarchal societal structure. In such a structure, women are responsible if there is a sexual transgression, women have to limit their lives to be safe, women should be thinking about what they wear. Prof. Adomako-Ampofo again:

“…when we talk about so-called “women’s issues” such as violence against women, including rape, these are in fact “gendered” issues. In other words, if we take the case of rape, women are disproportionately the victims of rape and men are disproportionately the perpetrators. This is because rape is about exerting power and control, and men generally have more “power” in society than women do. Therefore, the ministry is expected to address the gendered nature of our societies when it addresses issues such as rape.”

This 2005 expert paper prepared by Elizabeth Ardayfio-Shandorf for the UN of over 3000 individuals in Ghana suggested:

“Female respondents were asked whether any man had forced sex on them. Likewise male respondents were asked whether they have forced and had sex with any woman (whether a wife or a girlfriend) against her wishes. Eight percent (8%) of the females said they have had that experience before and 5% of the men also said they had forced sex on their wives and girlfriends. According to the males, this happens when women/girls always request for money from them and deny them sex in return. It is also meant to settle a quarrel between them.[..]On the question of what action was taken after these acts, 59% said they never reported these actions to anybody.”

What can we do?

Many societies have a rape culture, Ghana from everything I have discussed above most definitely does, and to change it I believe we can and should:

When the Minister who is supposed to protect young women does the opposite, it is a time to throw your hands up in disbelief and shock, but it is also the time to roll up your sleeves and educate. In this post, I have sought to highlight some of the activists in Ghana leading the ensuing educative, enlightening conversations. Thank you for transforming the conversation. I applaud you.

Global Voices on Homosexuality in Ghana 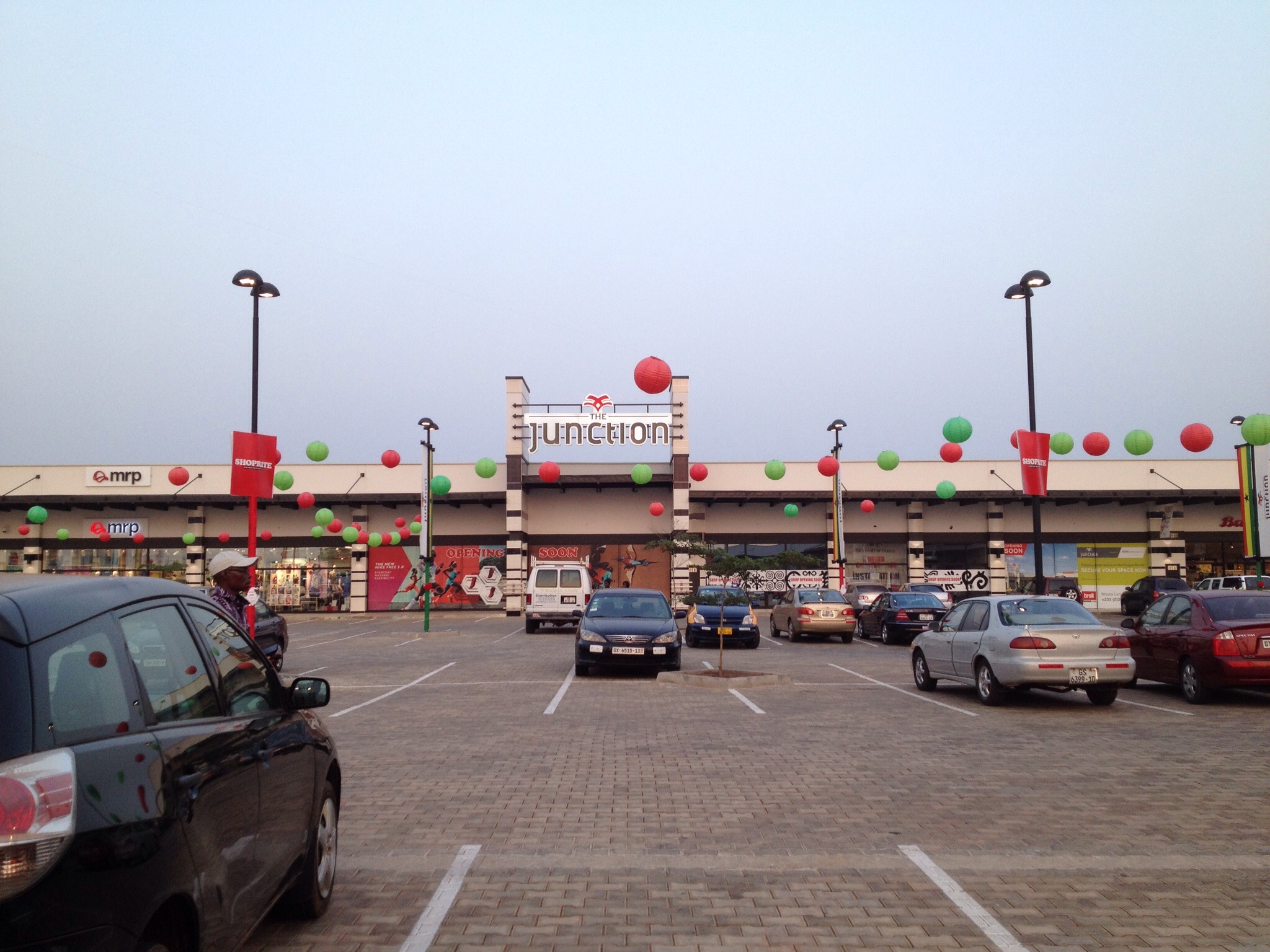 The Junction Mall in Nungua, Ghana

Gaddafi, Arab protests and a New Wave of Democratization