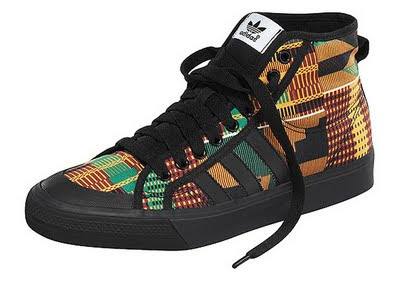 Yesterday,Kwabena, a fellow blogger alerted us Ghanablogging members of that Adidas is using Ghanaian Kente cloth on a shoe calling it Kenta and acting as they invented it.

Kente is Ghana’s (and Togo’s) pride, being delicately woven in narrow strips by skilled craftsmen – almost always men. Kente is then sewn and worn at very festive occasions such as weddings or just a few strips over the shoulder as a sign of beauty and wealth.

An interesting debate weather or not one can say Adidas “stole” has arisen on ghanablogging’s mailing list (hopefully soon the other side of the debate can be read here and here). I’m all for intellectual property rights, but can a country or an ethnic group have the right to a weaving technique? Have we even tried to patent it? Sure, it would have been nice had Adidas recognized their (potentially huge) market in Ghana and West Africa and called Kente by its real name…but it is a crime not to do so?

As has rightly been pointed out, African Americans, Caribbeans and also other ethnic groups in Ghana have also claimed kente as of late and I don’t hear them saying it is Ghanaian/Togolese.

Actually, these days a lot of the Kente for British and American markets is made by Asians, see this book Money has No Smell by Paul Stoller for more info on this interesting transnational phenomenon.

So rather than forming a blog-war against Adidas, should we instead sue China?

In the Pic the famous Kenta shoe. Photo credit to Adidas. 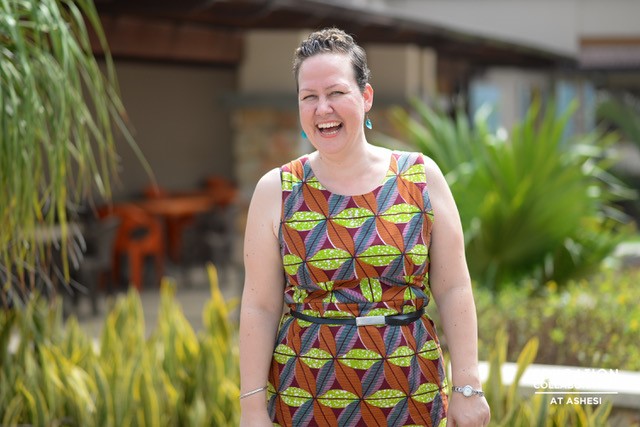 My Last Graduation at Ashesi University