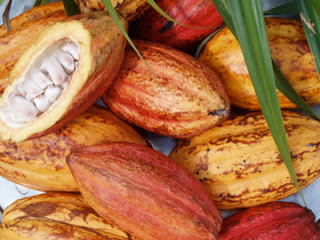 Being an outsider in a place often leads to interesting meetings. In buses, marketstalls, outside my house and most lately at fotball games, I have come to engage in discussion with very different people. As of late, I have discovered what I would call a “new category” of people I talk to: Heartbroken African Men.

The men in this group are, often but not always, in their thirties, middle class (not enough money for a car, but often holding a licence) and they all tell me a surprisingly similar story. The man was in love. He was happy. He gave his whole heart and thought his girlfriend loved him back. But one day, she without prior warning left for a richer/more educated/more affluent/older man. The man begged, grieved, and called. But the girlfriend acted like she had never loved the man. Ever since (and this is normally years ago), he does not believe in women and has not loved again.

At first I thought this bitter story was maybe how moneyless Ghanaian boys chatted up a white lady in the bus line in hope of getting sympathy in the form of a bus ticket, but after having heard the same story from so many different guys, including a Ugandan professional, and a man who already had paid for his food in a popular restaurant downtown Accra, I have made a different analysis. This might be a grand narrative of the African man, not all that different from coming of age by killing a lion or something else oldfashioned and villagelike. The modern way of facing the world, stepping up to it, realizing its not all roses (if ever believing so) is getting your heart crushed by a decieving, mean and ever so beautiful woman.

The only consolation really is that it seems to happen to most every African man before he hits 30.

In the picture the bitter cocoa seed and fruits.

One of These Days…