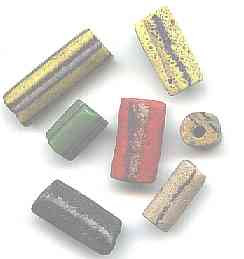 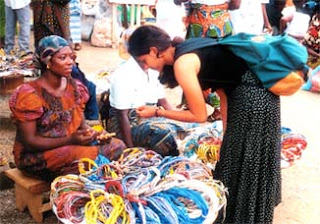 Tonight, I will join my co-workers for a workshop in Koforidua so I will not be posting again until next week. Koforidua or “Ko-Town” is situated about 2 hours drive from Accra into the “Eastern region” which really lies north of Accra and in the middle of the country. Koforidua is the home of the bead market, which takes place every Thursday morning and maybe, just maybe I can sneak away to see it…
Beads have been manufactured in Ghana for more than 500 years and apparently it is big business, when I made a search for “beads” and “Ghana” I got 609 000 hits.

Gaddafi, Arab protests and a New Wave of Democratization 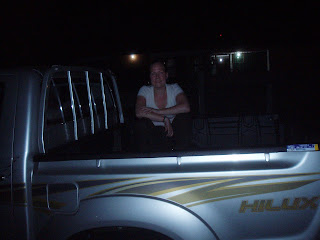 One of the most difficult things to get used to here in far away Ghana is the apparently different approach to time.

It is not as simple as many Europeans think, “that Africans are always late”, instead it is something closer to “Africans are always flexible”. They deal with non-complete or vague information, waiting, delays, contingency and the likes a hell of a lot better than the average Swede…
I have three examples from work.
1. The most common thing people tell you is “I am coming, eh!” meaning that they came to your office to tell you that sooner or later they will be returning (When? Why? Where?).
2. Like when I ask my co-worker about when people will be getting days off for going on a weekend retreat next Saturday and he cheerfully(!) replies: “we’ll come back Sunday evening and then we go to work on Monday again, no days off!” (What? I work on a weekend and there’s no compensation?)
3. When I got to work today around 8.30 am three people are sitting in the lunch room enjoying a meal that to me looks like lunch (damn, what time is it? You break after 30 minutes of work? And it’s not even time for coffee break!)

Update: Just came back from a two hour lunch with a hilarious and nice collegue…so, here’s a work example of that flexible is also nice, it does allow for two hour breaks when the moment is right. 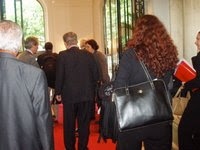 Why do people want to crash parties, when it is CONFERENCES that have it all? Useful information, coffe and cake, beautiful people, drinks and give-aways, fun power-point presentations given by Americans, as well as those contacts you need to move forward in life?
Next time a cool conference is in town, here’s what you do:

• Go to the venue on day 2 of the conference, or after lunch on day 1, then security and staff is more relaxed.
• Be dressed up, but conservatively, don’t wear anything that attracts special attention.
• Wear a big scarf around your neck. It could be hiding the conference badge you..ehrm.. do not have. If someone still should ask for your non-existing badge, maybe in order to let you in to the lunch buffet, you have accidentally left your badge in your office. So typical. Sigh.
• If possible, follow the crowd. If crowd is unavailable, walk confidently to the information desk; ask of the room for the ‘morning/afternoon plenary session’.
• Network as much as you can, but don’t give business cards – take cards and promise to email or call (then you can do the screening).
• Ask a question when the floor is being opened for Q&A, no one will think an intruder does that.
• Always use your real name and organization, otherwise future contacts will be difficult.
• If an important person, like say the Vice President of Ghana, comes by, be sure to shake hands. Maybe even smile.

• Thank the organizers for a wonderful event using their first name (look at their badge). “Dear Margret, I’m Kajsa Hallberg, thank you for a great couple of days!”

For less daring people or people who plan ahead:

• Call or email the organizers in advance explaining that you are interested in the conference, but you/your organization cannot afford it. Do they let NGO’s in for free? Do they need help preparing the venue/the conference folders/the coffe breaks?

And remember, it is easier to be forgiven than allowed.

Weekend Report including Beach and Wanlov 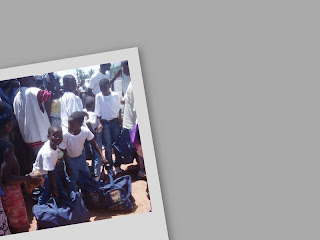 So yesterday I went to the beautiful village of Ekumpoano together with 25 trafficked children for a reunification ceremony with their parents. It wasn’t only kids, parents and me there but IOM staff, journalists from TV3 and Joy FM, policemen, the Minister of Women and Childrens affairs,local MPs and municipal politicians, the Chief of Ekumpoano ( a surprisingly young,goodlooking guy)and probably over 1000 villagers.

The returning children, many smallish due to malnutrition and hard work, had been sold by their poor parents to work in the fishing industry in Ghana and were three months ago rescued by IOM and sent to rehabilitation. Now they were to be returned to their communities.

It was a hot day and we were late. The white bus with the kids stopped in an alley and kids, blue bags and bottles of water filled the village square. The ceremony started with an opening prayer 3 hours later than it said on paper (and probably only I believed). I thought it was a very good idea to have an acctual ceremony to mark this ‘second chance’ event in these 25 childrens lives. Through the rescue program, the kids will recieve free schooling and supplies which will make them more likely to finish primary school than their peers in the village.

Still, the ceremony made me think about central problems with aid. Where do we start? By giving some children a second start? What about the 500 children watching the event living with equally poor parents (read:mothers – since the fathers often are absent)? What did the villagers think of the ceremony (half in English, half in local language Fante) – educational on human trafficking and childrens rights or that it was a fun day when some big cars came to the village? Is it fair to raise these issues and not come with an alternative?

After the ceremony the invited guests and IOM staff were given something to eat and drink. When I walked back to the car, kids and old women asked me for money saying they were hungry.

Here’s an article from an earlier reunification ceremony.

>Today I started my interning position with IOM which meant 8 hours in an air-conditioned environment, aaaaah how lovely it was. I realized I really like Ghana, but the tropical climate can really be too much. It was just wonderful to be a bit cold, my mind works better. I was given a huge pile of materials to go through and tomorrow my first assignment will be further described and started! Judging from what I have experienced so far, my work will be very interesting. And performed in 21 degrees celcius.

When researching the web on the projects of IOM Accra, I discovered Oprah beat me to it, see her work on child trafficking in Ghana here.