I adore Ghanaian clothes, modern Africa style, and have collected my fav models and brands on Pinterest* (Board: Modern Africa), follow me there if you also love colors, sharp cuts and wax print! 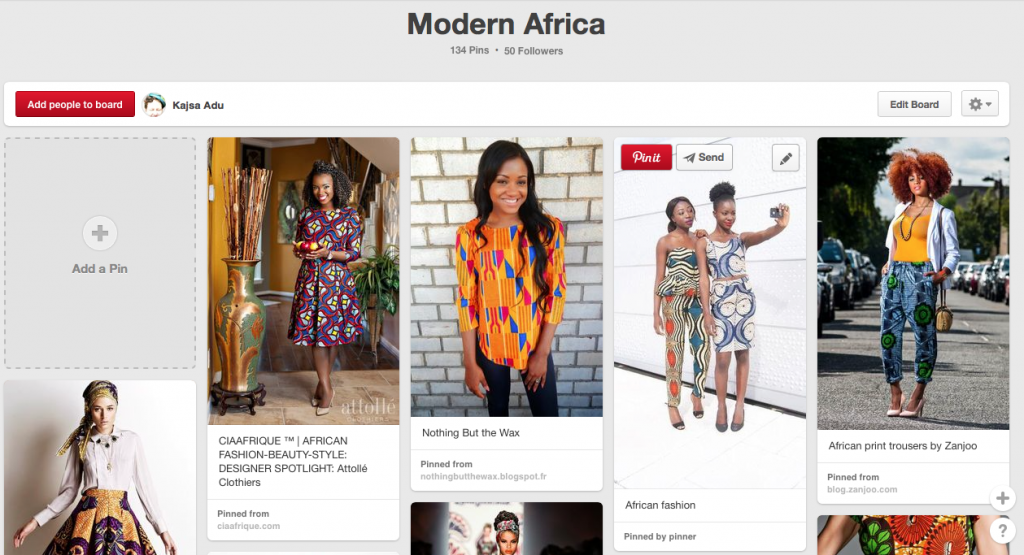 *Pinterest is a superb tol for visual folks who like to look at inspirational photos and how-to-articles before embarking on a new project (new haircut, planting an avocado, baking a chocolate cake, getting married). I use Pinterest instead of buying expensive magazines!

When Did You Last Learn Something New?

Following the low turnout of a recent demonstration in Accra, I have invited writer Kweku Ortsin to share his views in a guest post.

It’s pretty obvious that by now political appointees in the ruling government and their families would be drinking champagne and laughing their lungs out over the failed attempt by the Truth and Accountability Forum (TAF) to mass up protest on the streets against the recent tariff increments. Some media reports suggest that while the police marshalled 250 personnel in an anticipation of a huge turnout, just about 25 people showed up for the demonstration. This is obviously laughable given what the “numbers game” mean for demonstrations in this country. But I was not surprised at the abysmal turn of events.

Let me share my personal experience with demonstrations in this country. Some years ago, I joined a demonstration organized by a political pressure group. There was a massive turn up of demonstrators running into thousands. It was very peaceful and it ended with a rally where speaker after speaker lambasted the then incumbent government. The crowd cheered and cheered with loud chants and applauds!After the rally however, something very interesting happened. On my way out of the grounds, I saw a group of people quarrelling and heckling each other. I was curious so I got closer. Then I heard one elderly woman complain bitterly in one of our local languages. I’ll paraphrase what she said:

“This demonstration is just a waste of my time. Since morning I’ve been walking and walking without even pure water. Where is the Koko they promised? Where is the Kenkey they promised? And now they want us to go home without any transportation money? This will never happen! That is why I don’t like this people. As for the other party (name of political party withheld) they pay us very well. Next time this people call me again I won’t come!”

I was shocked. It was at that point that it occurred to me that probably most of the demonstrators were all hired. Later on, I questioned one of the organizers whom I happened to know and he did not mince his words:

“My brother, demonstrations and rallies are very expensive to organize in this country. Whether you are in power or in opposition, if you don’t pay you won’t get the crowd!”

Since then I have been quite skeptical about mass demonstrations in this country. Let me cite another example to illustrate my skepticism. Soon after the declaration of the 2012 election results, some people gathered at Obra Spot, near the Kwame Nkrumah Circle, with the intention of re-enacting an Egyptian-styled Tahirir Square in Ghana. But, as most of us would recall, the protest did not last beyond three days.

Well, according to some of the protesters, they backed off when it became obvious to them that their party was not going to provide them with, “at least breakfast and supper.” They said they did not understand why they should sit in protest on empty stomach while their party bigwigs enjoyed with their families. So they dispersed not because they were unconvinced that their candidate had won, but because no one was ready to support them with “chop money”.

I have therefore no doubt in mind that the TAF demonstration failed because they probably did not have money to rent a crowd. It is sad but that is the harsh reality in our country. Our people have become so impoverished that they now have to be paid before they can realize the effects of poverty in their lives.

This is where I put the blame at the doorsteps of our middle class. It is obvious that they are the only people who can speak up or register their protests without looking forward to Koko or Kenkey or transportation money. But unfortunately, most of them are either overly partisan or they simply don’t care. That is the bane of this country! As a matter of fact, until the day our middle class rises up and demand good governance we shall continue to grope in underdevelopment.

Art and Politics in Accra

>No Ibrahim Prize for Kufuor