CliqAfrica’s Excellent Social Media Report on Ghana and My Reactions 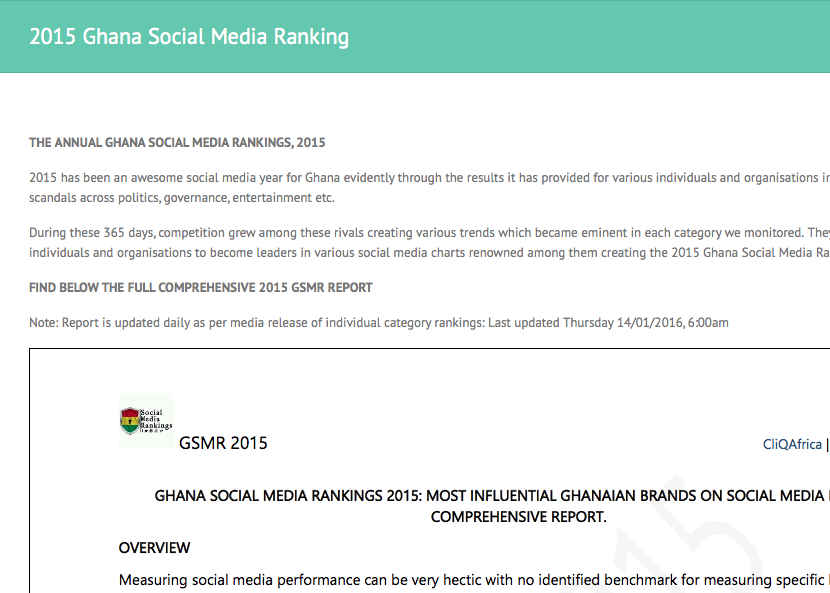 My top insights were:

I also liked that runners up for next year were listed (Ashesi!) and that transparent tables of numbers were included for each category.

Reading the social media report, I actually wish I had been involved in it as I thought it to be well-executed and timely. Now brands and organisations in Ghana can see how they rank in social media compared to others in their sector. I believe social media trends can also at times precede on the ground happenings. Brands not present in the report should see this as a wake-up call.