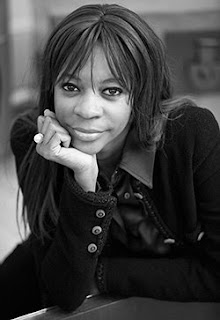 Surfed into Guernica Magazine ( a wonderful web based magazine on art and politics!) and saw this interview with writer and economist Dembisa Moyo.

Moyo has recently written a book, “Dead Aid”. Her agument is that aid dependence is doing more to hurt than to help Africa. And that aid is being sustained not because there is evidence of progress, but because of the 500 000 people who work in the “aid industry”.

At the same time African governments are not taxing their people and hence people also expect little of them. Opaquness rather than transparancy, corruption rather than efficiencly describes governance in Africa.

Some people, like her teacher at Oxford and Harvard
Paul Collier, feel she is mostly correct and that her wishes of slashed aid will come true because of the current economic downturn.

Others like writer Madeleine Bunting thinks Moyo’s liberalist views are poorly underpinned and wonders what will happen to the poorest people, like the HIV infected, if aid is terminated.

The other day I met a fellow who works with the Millenium Challenge initiative to build roads and make agriculture more efficient in Ghana. A project costing USD 547 million. Some of the projcts he described, like facilitating the supply of vegetables to Accra and the harbor in Tema, is something I have never heard the Ghanaian government(s) suggest.

Then the question is why, is it because someone else is already doing it?

Sunday Reads are back! #KajsaHASundayReads