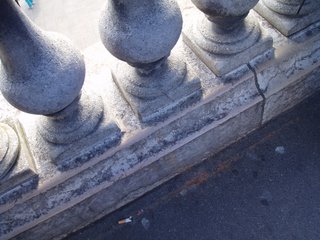 These little hang-ups that form a life. When you go to live somewhere new it is like blowing your routines up with a big bang. But the funny part is that when the dust settles, new, fresh, little greenish, habits are beautifully framing your life, once again.

After a few months in Paris the dust has settled and I wake up every morning to my sister’s voice. She is saying “Tjolahopp” (not possible to translate) in a recording on my cell phone. Then I turn it off about three times before I get up. I shower in the most despicable shower with small flies on the walls – I endure them by singing ANC-songs from the Apartheid times. That makes the flies seem like a tiny problem. Then I get dressed – nowadays fancy office wear – and drink a yoghurt on my way to the Metro. This is a good way of “eating” breakfast even though you have slept away the time to do so. In the Metro, I grab the free paper 20 minutes. It is a competitor to the Swedish success Metro and has won me over because of the simple fact that it is half the size and thereby possible to read in the crowded Metro. I always make sure to look up to when the Metro pass the Eiffel tower, that’s a view I can never get tired of…When the weather is good I get off a station before mine and walk past fruit shops, mailmen, school kids, dog owners and everybody else on the lively 16th arrondissement street. Turning round the corner, I stop at the quartier boulangerie and buy a croissant (I promise, I do) which I eat in front of the computer when checking my emails.

I work. That is also a routine now.

On the way home my routine is not to have a routine. I always try to find a new way home. Today it will be taking Metro 6 to station Franklin D. Roosevelt, changing to M2 which will take me to Place de la Bastille. Ok, this isn’t really a straight track home, but rather to a rendez-vous with other OECD interns and with a glass of white wine.

My lovely routines which I will soon blow up.

Seven Photos of the Revolution in Burkina Faso

>When chestnuts are blossoming…