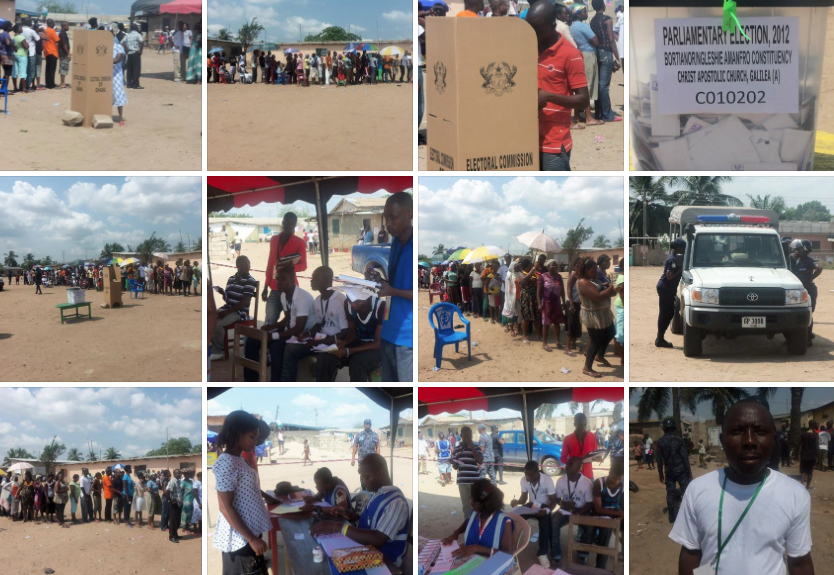 This evening, I have been invited to JoyFM’s debate program Ghana Connect (on air 6.30PM on 99.7) to discuss women and electoral politics on the basis of a new report Afrobarometer has come out with: “Support for African Women’s Equality Rises: education, jobs & political participation still unequal”. The report suggests African women are less likely to get involved in politics on all levels from registering to vote, voting,  contacting a politician or running for office.

Now this is to be discussed. And I have so much to say!

Ultimately, I feel this is about if we believe women are as capable for leadership as men (Afrobarometer also asked about that and 68% of the 50 000 Africans in 34 countries agreed). If we believe so, it is a waste of resources to not use women for leadership, because that means we will get stuck with less than capable men if we allow only men to lead.

For instance right now in Ghana, only a little under 11% of parliamentarians are women (30 out of 275), that means we have 89% men, many of who I am sure are capable, but we do not have the most capable Ghanaians in there as we have “locked out 40% of women interested in the job! (shocking and interesting data on gender (im)balance in national parliaments on p. 14-16 here (PDF))

And women are interested in the job. But in link with what the Afrobarometer says, women are discriminated against.

“Women also face widespread discrimination as they go about their daily lives. Four in ten Africans (40%) say women are ‘often’ or ‘always’ treated unfairly by employers. A similar number (41%) say traditional leaders hand down unfair treatment, and one in three (33%) say the police and courts do not treat women equally.” (Executive summary, Afrobarometer)

A Ghanaian example: a woman I met who wanted run for one of Ghana’s major parties in the last election was asked suggestively by possible party backers “do you you have a boyfriend”? and “what can you do for us?” She felt that if she did not date some of these party members OR give them promises of contracts in advance, they would not back her. She was right.

As a Swede, I can also share the case of Swedish women in electoral politics.  After gaining the right to vote in 1919 and employing it in national elections for the first time in 1921, women in politics was still a marginal occurrence. The women’s movement targeted training for women and made slow gains over the years. Eventually, after a disastrous election for women in 1991 (72 years after women were given the right to vote), the party led reform (note: not a law!) “varannan damernas” or “every other for ladies” was initiated by the leading party that made sure to nominate every other man, every other women on their primary lists on all levels. That system took root and now puts Sweden fourth in the list of gender balanced parliaments at 44,7% (156 of 349 seats). Can this slow route be recommended?

Rwanda is at the top of the list with a law backed quota system coupled with a  post was situation that has created the only female dominated parliament in the world where 63,8% of parliamentarians are women (52 of 80 seats). Andorra shows exactly 50% and Cuba 48,9%. The world average is 20,4%.

Ghana has a very proud past with universal suffrage (voting rightboth for men and women) that was simultaneusly launched with voting rights both for men and women in 1951 – few countries in the world have that history! Also traditional rule in Ghana has an interesting role carved out for women and their representative the Queen Mother. Gender balance in parliament has recently unfortunately gone backwards and now affirmative action is on the table.

I am looking forward to learn more about the proposed law from the Minister of Gender who will be represented in the debate.